A news brief, “Chilmark selectmen agree on acting tri-town chief,” described a discussion concerning the job description for the town harbormaster and a requirement that the harbormaster hold a captain’s license for at least a 25-ton vessel. Although it was discussed, selectmen stopped short of a requirement and settled on language that requires the harbormaster to be familiar with small and large commercial and recreational vessels.

A sports report, “Vineyard Youth Tennis Tournament raises more than $14,000” incorrectly reported that Ally Moore teamed up with his brother Andrew Moore to win the men’s B doubles final. His partner was Andrew Aliberti.

A story on a hockey match, “Vineyarders lose hard-fought match against arch rival Coyle-Cassidy,” incorrectly reported that an unsportsmanlike penalty was called against coach Matt Mincone, a police officer who takes great pride in having never received a penalty. Mr. Mincone was called away to assist on a police matter in West Tisbury and was not in the building. The foul was called on assistant coach Max Sherman.

The Feb. 17 story, “The baseball field’s built, and here come the players,” should have reported that the general manager of the Martha’s Vineyard Sharks is Jerry, not Gerry, Murphy, and he lives in Vineyard Haven, not Edgartown. The last name of the vice-president of CSG is Harrison-Panis, not Harrison-Panos. The website is mvsharks.com. 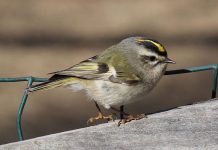