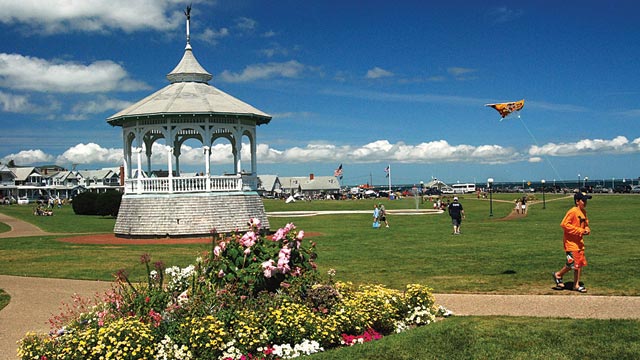 The squabbling Oak Bluffs wastewater commission has voted wastewater plant manager Joe Alosso out of a job. The 2-1 vote on January 26 occurred with no prior notice or discussion that might have signaled that the commission intended to consider elimination of the job Mr. Alosso holds.

The validity of that vote has since come under question. The chairman of the board of selectman and the interim town administrator this week said the wastewater commission acted without proper authority.

In comments to The Times Friday, commission chairman Hans Von Steiger and commissioner Gail Barmakian, who is also a selectman, described the move as a budget cutting measure.

Commissioner Bob Iadicicco, who objected to the action by his fellow commissioners, called their reasoning “nonsense.”

The commission agreed to eliminate the position as of February 29 and then to operate the facility with three licensed operators currently employed at the plant.

On Tuesday, January 31, Mr. Alosso, who is also Edgartown wastewater manager, was suspended from his job in that town, following an independent counsel’s report which cited extremely poor judgment and reckless disregard for taxpayers in billing and management at the Edgartown plant.

Mr. Alosso, Oak Bluffs wastewater manager for the past 11 years, said he was taken completely by surprise Thursday. He questioned the legality of the process.

The vote was not on the agenda. The item that began the discussion that led to the vote was described as “policy/budget analysis.”

According to the Massachusetts Attorney General’s guide to the open meeting law, posted meeting agendas must offer clear notice of the topics to be discussed.

Kathy Burton, chairman of the selectmen, said she was surprised at the wastewater commission’s action.

“When I heard what was done, I did some investigation,” Ms. Burton said in a phone interview Monday. “That investigation showed that the selectmen are the appointing authority for that employee and the wastewater commissioners do not have the authority to do what they did. My expectation would be if the wastewater commission would like to eliminate that employee’s position, I would expect they present a thorough and well thought out plan to selectmen.”

Mr. Barmakian and Mr. Von Steiger did not consult with town counsel Ron Rappaport or with the town’s outside labor attorney, Jack Collins.

“We are an independent organization,” Mr. Von Steiger said in a phone interview Monday. “Being independent, we act independently.”

Asked why commissioners did not put a more specific item on the agenda, referring to the elimination of the position, Ms. Barmakian, a lawyer, declined to answer.

“Everything is pending,” she said Tuesday.

In the aftermath of the vote, Mr. Von Steiger told The Times on Friday that the commissioners would not decide any of the issues related to the end of Mr. Alosso’s employment, including any severance agreement.

“That’s a legal question,” Mr. Von Steiger told The Times, in a telephone conversation. “That will be determined by the personnel department.”

Mr. Alosso receives a salary of $68,058. He has received several public commendations for his work by the wastewater commissioners.

“I was shocked,” Mr. Alosso said in a phone conversation on Friday. “I’ve worked for the town for 11 years now. I’ve never been written up, never had a bad evaluation, never been reprimanded.”

Mr. Alosso said it is his understanding that as a town employee, only the selectmen can end his employment.

“I’m going to continue to work and do my job, as if nothing has changed,” Mr. Alosso said. “I have no intention of taking any formal, legal action at this time. At this point, I don’t see the need, because I don’t think my employment with the town has been severed.”

The Oak Bluffs wastewater operation is an enterprise account with an elected board of three commissioners who oversee a budget entirely separate from the town’s operating budget. The town is responsible for collecting wastewater payment fees, which are usually billed along with tax bills. Collections are strictly regulated by state law, and town officials do not have the authority to shut off wastewater service if a customer does not pay its bills.

Mr. Von Steiger said the amount of unpaid bills for the last several years is approaching $500,000.

“It is strictly a cost-cutting move,” Mr. Von Steiger said Friday about the vote. “It’s a rough time. There are substantial moneys that are outstanding. As a result, some economies have to be made. We owe it to the 700 or so ratepayers to do everything we can to maintain the level of service, and maintain rates.”

Ms. Barmakian stressed that the decision was to eliminate the job, not to lay off or dismiss the employee. Under the town’s personnel bylaws, a layoff or dismissal requires a defined due process, including written notification and hearings.

“We need to make substantial cuts in our budget,” Ms. Barmakian said in a phone interview. “It was a financial decision, not a performance-based decision.”

Mr. Iadicicco called that reasoning “nonsense.” He said he was stunned by the development and had no idea it was coming.

According to a copy of the draft minutes from a tape recording of the January 26 meeting, the vote followed a discussion of revenues.

Ms. Barmakian said she had been thinking about ways to cut the budget for the past year and a half. She said she would like to do away with the manager’s position to save $68,000 or $70,000 and have the chief operator serve as manager.

A discussion of who does what at the plant followed. The commissioners questioned Mr. Alosso about his specific duties.

“I asked what was on the agenda, and I wasn’t told this was a discussion that was going to be on the agenda,” Mr. Alosso said. “I can certainly pull that together. My personal feeling is that if this board feels that they can do this treatment plant without me, just say the word. I serve to help the people of Oak Bluffs.”

More questions followed. “Well, I am not prepared tonight to help you figure out how my job should be affected, but I will tell you that if this board feels they can do without me, that’s fine. I wish you the best of luck,” Mr. Alosso said.

The discussion grew sharp. “You don’t have any information about what he does,” Mr. Iadicicco said to Ms. Barmakian.

“Don’t tell me what I have,” Ms. Barmakian replied. “You just say what you know and what you don’t know.”

The verbal sparring between the two commissioners continued. “I appreciate what you’re doing Bob,” Mr. Alosso said to Mr. Iadicicco. “But I am quite proud of everything I have done over ten years, but again, I can’t function properly if the board isn’t one hundred percent behind me — it’s not all about the money in life.”

“Help us figure it out, and we will decide if we need you or not,” Mr. Iadicicco said to Mr. Alosso.

“I would like to resolve this and get this issue resolved quickly all right,” Mr. Von Steiger said.

“I would like to propose to do away with the manager’s position,” Ms. Barmakian said.

“You would like to put it to a vote at this time, to do away with the position?” Mr. von Steiger said.

Ms. Barmakian said she would.

“I think you are all out of your minds,” Mr. Iadicicco said in lieu of a vote.

Ms. Barmakian said the commissioners learned of the the department’s financial woes when the town contracted with the municipal accounting firm of Sullivan, Rogers and Company, to handle overdue accounting tasks. She said Stacey Ward, the accountant who began scrutinizing the town’s books in the spring of 2011, discovered a deficit of approximately $300,000.

“Up until the time Stacey was on board, I was misled to believe that we were in strong financial standing,” Ms. Barmakian said. She said she would not point fingers of blame at anyone for misrepresentations of the department’s financial condition.

“In past years, we’ve run a surplus,” Mr. Iadicicco said. “In the year just ended, we wound up about even.”

In an email memo to Ms. Barmakian, Ms. Ward said that she first calculated the deficit at about $205,000, but later received information about a debt payment, and revised her calculations.