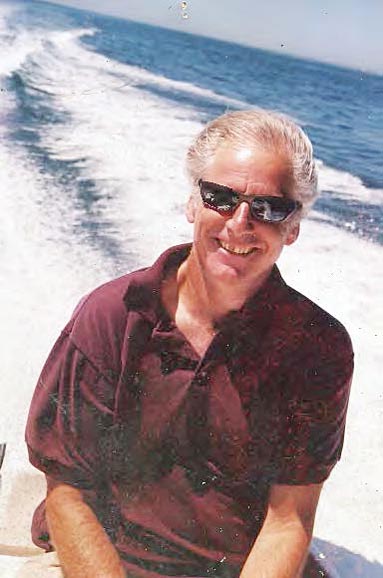 Tom was born on January 6, 1940 in Quantico, Virginia, on the Marine Corps base where his family was stationed. His parents were the Cary Walker Luckey and Robert Burneston Luckey, who rose to become a Lieutenant General in the U.S. Marine Corps. His grandparents were General Merriwether Lewis Walker and Edith Colby Carey (maternal) and George B. Luckey and Alice Owens (paternal). Tom was the quintessential military brat, moving frequently throughout his childhood. His family’s homes on William Street in Vineyard Haven and off Lambert’s Cove Road in West Tisbury were a constant presence in his life.

Even in his early years, Tom showed a unique ability to envision and bring to life imagined forms. He was always working with his hands and led by his dreams. From simple carvings, he built up to larger projects including a cabin in Lambert’s Cove that he built when he was 16. He eventually settled in Branford, Conn., where he subjected his house to imaginative additions and modifications for more than 35 years.

A graduate of Yale College and the Yale School of Architecture, Tom’s fascination with movement and his desire to create positive spaces inspired a diverse portfolio including merry go-rounds, a convertible staircase/slide, and the iconic Luckey Climbers that have delighted children and adults alike in cities across the United States and abroad.

Tom was a visionary, a creative genius, a legendary optimist, an exuberant showboat, and an infamous fun-maker. He was an avid collector of friends, regardless of age; all that mattered was whether you were willing to take a leap with him towards his ultimate goal: superlative joy.

Throughout his career, Tom welcomed challenges and was stimulated by obstacles. He embraced uncertainty in his art and adapted to unanticipated hurdles.

In 2005, he suffered a tragic accident that left him paralyzed from the shoulders down. His life was changed in ways that most would find impossible, but Tom was often heard to say, “falling on my head was the best thing that ever happened to me.” It was a brave statement that he somehow made believable with his remarkable wit and optimism. Indeed, his career took off and his social life flourished during the final chapter of his life, a testament to his remarkable talent and insatiable curiosity.

Tom leaves behind his second wife, Ettie Minor Luckey, and their children, daughter Kit and son Walker, as well as two older children, daughter Owen and son Spencer from his first marriage to Elizabeth Mason Possidente whose family had a summer house in West Chop. He is also survived by his sister, Laura, his brother, William, and three grandchildren.

A Memorial Service will be held at 3:30 on Saturday, September 8, at Battell Chapel, Yale University in New Haven, followed by a reception at 200 Meadow Street in East Haven. All are welcome.