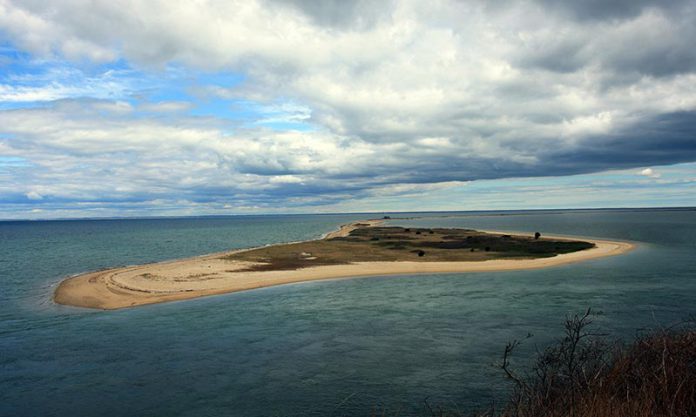 The Trustees of Reservations (TTOR) has closed Cape Poge Wildlife Refuge to over sand vehicles (OSV) from the Dike bridge north to Cape Poge Gut, the narrow channel into Cape Poge Bay.  The secluded area is popular with fishermen and beachgoers

TTOR superintendent Chris Kennedy said the closure is mandated by both federal and state law designed to protect nesting shorebirds. “The Trustees has absolutely no say in whether the refuge can be opened,” Mr. Kennedy told The Times. “We are required to follow the law.”  Mr. Kennedy said plover chicks have been moving back and forth daily from the ocean beach to the Cape Poge bay shoreline near the narrows, the channel that connects the bay to Pocha Pond. “These chicks are still a week and a half from fledging and so the Wildlife Refuge must, by law, remain closed to OSVs until they fledge,” Mr. Kennedy said. “We evaluate the status of the chicks daily, and as soon as we can legally re-open the beaches for OSV access we will.”