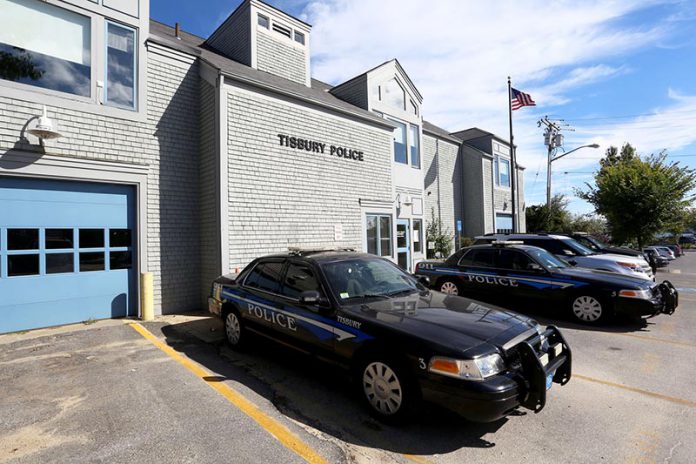 On Friday, May 27, Tisbury police arrested Lisa Vinjerud of Burt’s Way, Tisbury, for assault and battery with a dangerous weapon, and illegal possession of an electronic weapon. Police said she pulled out a pink stun gun and shocked a young man who had scolded her earlier inside Cumberland Farms about 7:30 pm that night.

Tisbury police officer Mark Santon responded to a call that someone had been “tased” in the parking lot outside the store, according to the police report. Liam Burke told Officer Santon that he was shopping in Cumberland Farms when he saw Ms. Vinjerud, roughly pulling a 4- to 5-year-old boy around the store and “swearing loudly.”

“Burke stated that he told the woman that she was being abusive to the child, and that he was going to report her to DCF [Department of Children and Families],” Officer Santon said. Mr. Burke said he exited the store and returned to his car, which was parked in front of the Post Office. He saw the woman drive her truck to where he was parked and stop.

The shock sent Mr. Burke across the vehicle’s center console, he said. “Burke stated that the woman then said something to the effect of, ‘Taser, how does that feel?’”

Ms. Vinjerud showed Officer Santon the stun gun, and said she used it because Mr. Burke had threatened to report her to DCF. She told Officer Santon she had not been abusive to her son, and was using alternative words to swearing. Officer Santon said the child “appeared to be calm and comfortable.”

Officer Elizabeth Hourihan arrested Ms. Vinjerud, and seized the stun gun. The child was left with the woman’s boyfriend. Officer Santon contacted DCF, and Ms. Vinjerud was released on $100 bail.

A later review of security footage showed no physical interaction between Ms. Vinjerud and her son while on camera, the report said.

Gearing up for the 2021 Virtual Island Summit