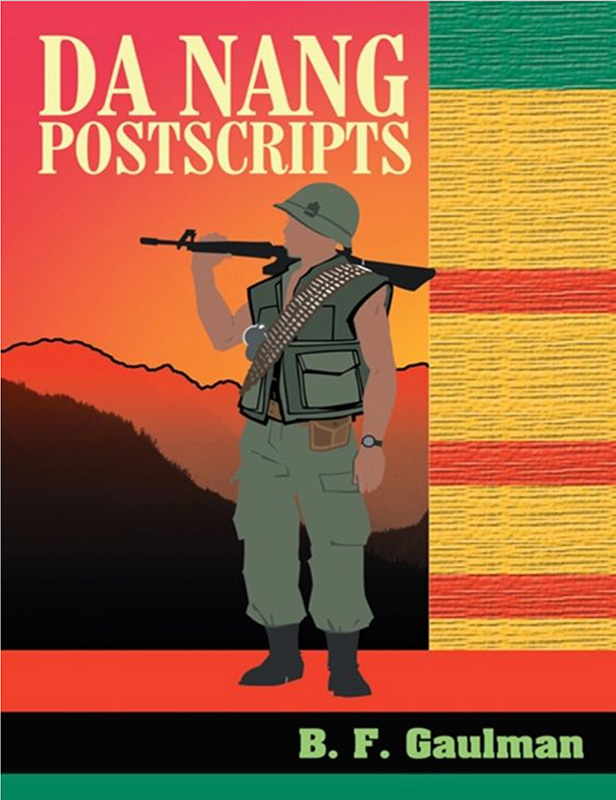 That’s saying something. Wikipedia, for example, lists more than 50 pages of titles on the most written-about war in history. Much of the Vietnam literature details the blood-and-guts atrocity of the conflict, filling in the blanks for those of us who watched it at home on TV each night. The more analytical books deal with the strategic and bureaucratic snafus that put our troops further in harm’s way.

Former U.S. Marine Gaulman’s novel, based on a (nearly) daily diary that his character kept during a 13-month tour of duty as a supply clerk at Da Nang Air Base, reveals the work and effort required to balance days of unending boredom and nights of wartime terror to stay alive and to retain a sort of psychological balance.

Those were high expectations. For the record, the U.S. government says 58,000 U.S. lives were lost and just over 300,000 U.S. forces were wounded in Vietnam, but 40 years after the war, an estimated 275,000 service personnel are battling Vietnam-related post-traumatic stress disorder (PTSD). That number does not include lives lost in the intervening period.

Lance Corporal (later Corporal) Dave Simms is a 19-year-old black kid from Queens and Amityville, L.I., who joined the U.S. Marine Corps (USMC) as a way to get a job, essentially. Vietnam was not on his radar when he enlisted on Jan. 30, 1964, but has been on his radar for the 50 years following his mustering out in 1968.

As LCpl Simms tells us in the Introduction to “Da Nang Postscripts,” “It’s been more than 40 years and 150,000 beers since I was in Vietnam,” adding, “By virtue of being a survivor, I am also a witness. Vietnam was an unavoidable and painful truth and getting out alive and in one piece was the first test of my young abilities.

“However, after more than 40 years of intense reflection, my survival reflex has taken on a different challenge. Physical survival was part one,” he says.

Gaulman, as luck would have it, is also from Queens and North Amityville, and kept a diary of his tour. His recipe for maintaining sanity included working hard at his job, and using pot, commercial sex, liquor, beer, and reading. The Marine Corps tacitly encouraged the use of liquor and prostitutes, but not pot, as a morale booster, Gaulman says today.

In a chat at his home this week, Gaulman says, “Those were ways to not be present in a place you didn’t want to be.” His Da Nang diary recounts the boredom and frustrations of military day jobs and intermittent nights of pelting toward perimeter bunkers to face Viet Cong troop and mortar attacks, seeing the blood and the guts of freshly killed Marines along his path.

Close reading of his diary shows us how, page by page, he used reading books recommended by his colleagues — Ayn Rand, Malcolm X, among others — to build his own defense perimeters, to learn how the world worked, and to learn more. At one point, a eureka moment comes unbidden: ”I’m going to go to college,” he finds himself telling himself.

Author Gaulman did, over 12 years at night, graduate from Lehman College while a firefighter in New York City. That biology degree got him a stint as one of 300 NYC fire marshals investigating fires, which is the topic for his next book, to be titled “Report from Manhattan Base.” Mr. Gaulman retired from NYFD, then went on to another career in environmental work in Virginia. He and his wife Saundra moved full-time to Oak Bluffs this year.

Gaulman is not a Marine lifer, never was. He thinks maybe his age, two years older than most recruits, played a part. “The Marine Corps doesn’t just change you, it converts you. But I already knew who I was, what I was, and I resisted [conversion].

“The Marines taught me a lot, how to be squared away. When you see Marines in battle, you see them at their best; they are at their most effective as a fighting force,” he said.

“PTSD wasn’t known for 20 or 30 years after Vietnam. Now, I knew something was wrong during that time. I was angry, I remember hoping someone would try to mug me so I could mess him up. But I knew I had to get a job, pay my bills, and move on.

“My goal was to forget Vietnam. I have nightmares, but there’s nothing you can do about that. This book helped me to resolve a lot of demons,” he said, noting that he attends a regular PTSD support group and has two counseling sessions a month on-Island.

“There’s no cure for this. Twenty-two vets, a lot from Iran and Afghanistan service, kill themselves every day. Those are the ones we know about.

“The payoff for me comes when my cousin reads the book and calls to thank me for helping her understand her husband’s PTSD behavior. I read from the book at Pathways several weeks ago, I choked up — wasn’t expecting that — but a woman thanked me, said she got inspiration.

“Not everyone can write, but the urge to write has always been there for me. You have to follow those urges. You have to be of service to others.”

Gaulman can write, and is willing to write his truth. He’s still reading. His current read is Viktor Frankl’s “Man’s Search for Meaning,” the true story of how an Auschwitz death camp prisoner found ways to spiritual survival.