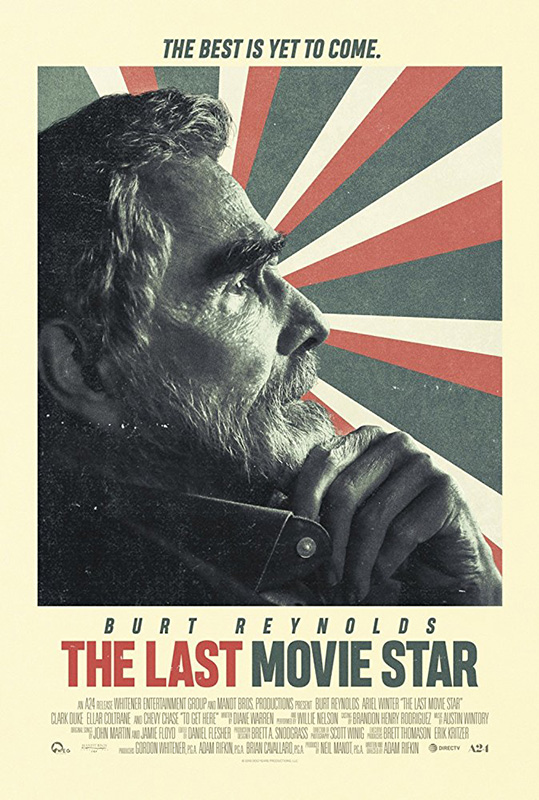 Filmgoers who didn’t grow up in the ’70s may never have heard of Reynolds, but he was the era’s biggest star. He started out as a college football player and stuntman, before his acting and talk show career took off. He is best known for his roles in “Deliverance,” “Smokey and the Bandit,” and the TV series “Gunsmoke.” Epitomizing pre–“Me Too” masculinity, he earned an Oscar nomination for his role as a pornographer in “Boogie Nights.” After he turned down roles like Han Solo in “Star Wars,” John McClane in “Die Hard,” and Edward Lewis in “Pretty Woman” in favor of second-rate duds, Reynolds’ career took a nosedive, and he never regained his earlier popularity. Health and financial problems have plagued his later years.

“The Last Movie Star” opens with Reynolds in his younger days holding forth with interviewer David Frost. As Vic Edwards, he has to put down his beloved dachshund, and it’s clear his life is a lonely, sad one. He lunches with his friend Sonny, played by a white-haired, paunchy Chevy Chase, who convinces him to travel to Nashville and accept a lifetime achievement award.

Things turn out to be not quite as advertised, when he finds he has to fly coach and stay at a seedy motel. His chauffeur/assistant Lil (Ariel Hunter) is a Goth-dressed, nose-ringed millennial who swears like a trooper on the phone to her feckless boyfriend while recklessly driving a junker. The setting for the International Nashville Film Festival — not to be confused with the real-life Nashville Film Festival — is the back room of a local bar. True enough, the room is filled with enthusiastic fans, but Edwards is less than happy about this amateurish event, which mostly consists of watching his films. Instead of participating, he gets Lil to drive him to Knoxville, where he grew up.

On this nostalgic trip, he visits his childhood home, several other spots with fond memories, and the nursing home where his first wife, Alzheimer-afflicted Claudia (Kathleen Nolan), stays. Along the way there are fantasy throwbacks to his films, where the director has digitally inserted the elderly star. Newly humbled, he returns to the film festival.

Although a weak script has Reynolds giving schmaltzy monologues, it’s still a treat to watch Reynolds and enjoy the cameos of Chevy Chase. Introducing a younger generation to Reynolds is another plus.

Information and tickets for “The Last Movie Star” and other M.V. Film Center films are available at mvfilmsociety.com.