The Oak Bluffs library held its first Juneteenth celebration on Tuesday, June 19, commemorating the abolition of slavery and the emancipation of enslaved African Americans in the U.S.

The all-day event was open to the public and, according to organizers, aimed not only to entertain and celebrate but to also educate and inspire.

Juneteenth, a portmanteau of “June” and “nineteenth” was formed in Galveston, Texas, after President Abraham Lincoln signed the Emancipation Proclamation. It gained traction during the Harlem Renaissance in the 1920s, when a revolutionary generation of African American artists, musicians, politicians, athletes, and writers brought attention to the importance of the civil rights movement, as well as African American creativity and talent.

Now Juneteenth is acknowledged by all races and ethnicities as a time to recognize not only the tribulations of African Americans, but also the incredible achievements made by so many.

According to the Juneteenth website, the holiday is meant to instill knowledge and awareness in the current generation.

Programming coordinator for the library Carolina Cooney said it makes sense the celebration is in Oak Bluffs, because of the town’s extensive African American history. “This town is a hotbed of African American culture, with stops on the Underground Railroad, and Inkwell Beach,” said Cooney. “It is also the most culturally diverse town on the Island.”

The celebration at the library consisted of a video about the history of Juneteenth, followed by a potluck social that included some traditional Southern cuisine like pulled pork with Carolina barbecue sauce. After the potluck, there was a viewing of the comedy-drama show “Black-ish,” as well as a virtual tour of the Slavery and Freedom Exhibit at the Smithsonian National Museum of African American History and Culture.

The celebration ended with music and dancing. Cooney said she hopes the celebration will become an annual event for the library, and gain popularity over the coming years. “It’s definitely an overlooked holiday, but it’s an important one,” said Cooney. 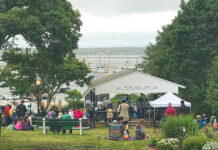 Celebrate the last First Friday of 2022 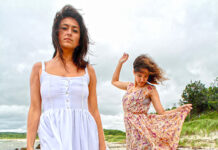