It’s been said of the Martha’s Vineyard food and hospitality scene that no two seasons are alike. This year the changes are especially head-swiveling. Consider this our way of helping you keep track.  –EV

Some of the biggest transitions are happening in Edgartown. Let’s start with the grande dame: The Harbor View Hotel was sold to Edgartown resident Bernard Chiu. The hotel closed in the fall and reopened in May with a phase-one renovation, which included the reinvention of its two restaurants. Lighthouse Grill has been replaced by Bettini, where the focus will be on locally sourced American cuisine. Roxana Bar will inhabit the space where Henry’s once was, and will feature tapas and handcrafted cocktails. Executive Chef Patrice Martineau is overseeing both Bettini and Roxana Bar.

Last year, the Clarion Inn on Upper Main Street was sold to David Rosenberg and Felice Kreitman; they’ve completely transformed it with a full renovation, including a new restaurant, Town Bar & Grill MV, replacing the Grill on Main. The restaurant features 18 draft beers at the bar, with a relaxed, approachable menu in the restaurant.

The Harborside Inn on South Water Street doesn’t have a restaurant and didn’t change hands, but it’s worth noting that it also spent all winter on a revamping and rebranding of the classic Island hotel.

Scott and Charlotte Caskey of Alchemy have earned some downtime, and have handed the reins over to new owner Todd Dagres and his team. Alchemy remains a year-round favorite, with what has felt like a seamless transition.

Bad Martha is open again on Upper Main Street with tastings, live music, and brewery tours, but its big news is it’s opening a second location this summer in Falmouth, on Falmouth Road, near Mahoney’s.

MYX Market will be bringing smoothies, salads, and gluten-free and vegan options for breakfast and lunch. Located next to the Newes in the Kelley House, and run by the Kelley House folks, it will also have a market with eco-friendly vacation needs — sandals, beach chairs, sun lotion — and everything you need to pack a picnic.

Dock Street Coffee Shop was recently purchased by one of the daughters of the former owner. It’s offering the same diner staples.

The Fish House, a fish market at the airport that Islander Tyler Gibson opened last summer, has added a kitchen and is partnering with Chef Everett Whiting to create a fresh to-go menu.

The Lampost is just a memory on Circuit Avenue (though everyone we hear still refers to it as “the Lampost,” or “the Post.” Ben DeForest has taken over the property, completely gutting and rebuilding the once-infamous watering hole and transforming the space into a 175-seat restaurant and bar he’s calling the Oyster Bar 02557. DeForest is the chef-owner of two nearby restaurants, the Red Cat and Cardboard Box. DeForest is partnering with Island favorite Chef Joe DaSilva, formerly of Lambert’s Cove Inn and many before that, who will lead the kitchen team as executive chef at Oyster Bar.

Though it sold last year, Back Door Donuts resisted any changes until it had a season under its belt. Over the winter it updated the cafe with a fresh new look. What? You didn’t know it had a cafe? The storefront sitting next to the Oak Bluffs Post Office, most recently called MV Gourmet and Bakery (and before that, the Old Stone Bakery), got a fresh look, and has adopted the Back Door name, for those looking for their favorite doughnuts before the back door (the one in the back, that is …) opens. Kathy Kiley is the manager, and Rafi is back creating fritters, doughnuts, wedding cakes, and everything in between.

Fat Ronnie’s on Circuit Avenue received a seasonal beer and wine license recently, so enjoy a brew with that burger.

Brothers Zared and Evan Shai, owners of Backyard Tacos in Edgartown, are changing their name to Taco House and branching out with a second location called Dos in the former Slice of Life location on Circuit Avenue. The plan is to add breakfast, and hopefully to be open year-round.

After more than 20 years, Kathy Domitrovich has sold her beloved, always lively, Lola’s Restaurant to Horacio Tavares, a businessman from New Bedford. Doug Abdelnour Jr., owner of Nancy’s on the harbor and 20byNine on Kennebec Avenue, will operate the venture, rumored to be named Nomans. Executive Chef Austin Racine will run the show in the kitchen.

MV Salads is opening at the top of Circuit Avenue, featuring locally grown vegetables for their custom salads.

Executive Chef Hal Ryerson and his wife, Erin, begin their third season at Sweet Life with a newly renovated interior, including a beautiful copper-top bar, perfect for those who love dining at a bar.

Sea Smoke has recruited pitmaster Robert Carter from Texas to join chef/owner Dan Saur in the kitchen. They are also adding full-service dining with an expanded menu with everything from appetizers to desserts. Oh, and axe-throwing. Because why not, we suppose. (The axe-throwing is outside.)

Clarissa Crossland of Frosty Hollow Farm in Oak Bluffs has farmed for the past eight years on 13 acres off Barnes Road, and delivered her produce to restaurants around the Island. This summer, Crossland has launched a CSA, with produce grown with organic practices.

Well, the big news is that Island icon Louie Larsen and his better half/wife Beth Larsen have sold the Net Result to Mike Santoro, owner of the Lookout Tavern, Fishbones, and the Ocean View. Fear not: Louie and Beth will stick around for the year, working with manager Mike Holtham (and Santoro as well, of course) to keep what’s considered one of the Vineyard’s best fish markets and takeouts up to par.

The Black Dog Bakery on Water Street had a floor-to-ceiling facelift. Literally. The old floor was raised a foot to accommodate climate change/sea level rise. Let’s hope its one-foot prediction of sea level rise is as far as it goes. The bakery was given a fresh look, inside and out. New menu, too!

Though Little House Cafe on State Road is for sale, owners Merrick Carreiro and Jenik Khelalfa will not miss a beat. Watch for pop-up dinners with Chef Gavin Smith on Sundays.

The Golden Bull Brazilian Steak House at Five Corners has finally opened and is serving classic Brazilian buffet, with 16 types of meat and loads of vegetable dishes. They will be open all day (7 am to 11 pm!), and have a full liquor license.

Humphreys had a merger of sorts: Pete Smyth, the previous owner of Slice of Life, has created a best-of-both-worlds menu, with favorites from Slice and Humphreys. The result? Life at Humphreys.

Let’s start at Lambert’s Cove Inn. This is the second season with new owner John Cain, who has hired Chef Jimmy Alvarado (formerly of Isola in Edgartown) as the executive chef. The restaurant has a new name, too: Woods Martha’s Vineyard.

Alley’s General Store had a winter revamp, clearing space for a cleaner flow, bringing fresh groceries back into the store, and moving all those beach toys previously crowding the porch out back to the former Alley’s farm stand. This opens up the porch for hanging out people-watching, with a cup of coffee or a cold drink.

Christian Walter will be baking sourdough bread at the Grey Barn six days a week. Beetlebung Farm has been sold to the Farm Group, headed up by Amy and John Weinberg, seasonal residents of Vineyard Haven. The Weinbergs plan to keep the name and keep Beetlebung a working farm.

Chilmark remains the last dry town on the Vineyard, meaning BYOB to any of your favorite restaurants. Sadly, Menemsha Market will not open, as construction continues after a fire this past winter. Fried food lovers rejoice: The Bite in Menemsha will be open this summer. Chef Michael Alton of Home Port will also oversee the Bite this summer.

We assume that by now, most people have heard the grim news that Chilmark Chocolates is closing after this year. Seize the day, people!

In Aquinnah, sunsets still rule, and Aquinnah Shop continues to be a destination, with Chef Jacob Vanderhoop whipping up an eclectic menu. The news is they’ll be adding all-day brunch on Saturdays and Sundays.

Orange Peel Bakery will be serving bagels, pastries, and breakfast at the Bakery and Pizza. They will continue with Wednesday pizza night, and twice a month in the summer, will have special fireside dinners.

The Outermost Inn continues serving the good life up with Chef Chris Gianfreda. 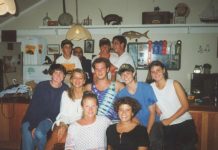 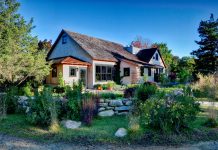