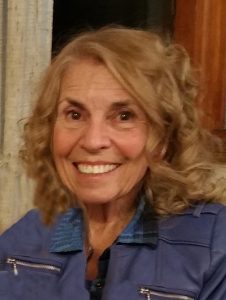 Jane was born and raised in New Bedford before moving to Mattapoisett 20 years ago. She was the daughter of Antone Carvalho and Zaida (Pires) Carvalho.

Jane earned a B.A. at Hood College and a master’s from Brown University, where she was a teaching fellow. She earned a J.D. at Northeastern Law School. She was fluent in several languages, and worked as a translator and cryptologist for the FBI, spent several years as an ESL educator, and in 1983 passed the bar and became a prominent family law attorney. She began her career at the Law Office of Armand Fernandes Jr. before opening a private practice in 1987 with offices in Boston, New Bedford, and Martha’s Vineyard. She served on the board of directors for SMLAC and the Interchurch Council. She was a member of the Board of Bar Overseers Hearing Committee, and a past president of the Massachusetts Bar Association Family Law Section Council. She was a frequent lecturer for MCLE, Northeastern University, and UMass Law. She devoted her life to championing the underdog.

Jane enjoyed hiking, biking, camping, being at the ocean, and the outdoors in general. Most of all, she had a special place in her heart for animals, having rescued hundreds over the years. Jane was a longtime member of the Pentecostal Assembly in New Bedford, and traveled to India for mission work. She was a devoted Christian, and her faith comforted her through her illness. She was a one-of-a-kind woman, a trailblazer and an exceptionally hard worker. She will be deeply missed by her family and the friends, colleagues, children, and clients whose lives she touched.

She is survived by her cousins, Paul, Deborah, Marsha, and Tim Pires, her Aunt Rose Pires, and her friend, Donna Horrocks, who was her caregiver in her last years. She was “Auntie Jane” to Billy, Nicholas, and Faith Horrocks, and thought of Donna’s husband, Bill, as her brother. She had a hand in raising two fine human beings, Matthew Costa and Brittany Costa, who were her stepchildren.

Donations in Jane’s memory may be made to a “no kill” animal shelter of your choice, or simply practice a random act of kindness in Jane’s honor.