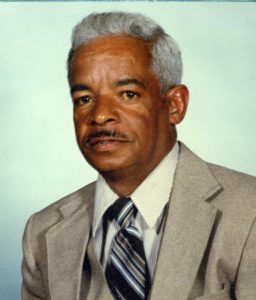 Florencio Mendez, known to many as “Sonny” (sometimes referred to as “Half-Pint”), was born on Oct. 21, 1941, in New Bedford. Sonny lost his battle with cancer-related illnesses at Massachusetts General Hospital on Friday, Jan. 17, 2020. He was surrounded by his children, grandchildren, brother, and loved ones. He was 78 years old.

Sonny was a longtime resident of Martha’s Vineyard, and loved this Island dearly. He moved to the island from New Bedford at the age of 13. He was known to always have a smile on his face, and was loved by anyone who knew him — a gentle soul who didn’t let anything get him down. One of his favorite pastimes was watching baseball and sitting at the ferry docks to watch the many visitors come and go. In earlier days, he served in the U.S Army as a specialist, and received his honorable discharge on April 11, 1969. After completing his enlistment in the Army, he worked as a machinist for the Woods Hole Oceanographic Institute, where he traveled the world and serviced their many ships. Thereafter he returned to the Island and worked as a truck driver for Araujo Brothers for many years.

Sonny was predeceased by his parents, John B. and Bertha (Issacs) Mendez, and by his brother Richard Mendez and sister Bertha Mendez of New Bedford. He is survived by three children, Jacqueline (Mendez) Hansen of Seattle, Jermaine J. Mendez of Vineyard Haven, and Jody F. Mendez of West Tisbury, from his marriage to Gloria Fontes; by his brother Hebert Mendez of Stoughton; his sisters Rosie Mendez of New Bedford and Joan Daniels of Brockton; by five grandchildren, and several nieces and nephews.

Visiting hours (10 am) and services (11:30 am) will be held on Friday, Jan. 24, 2020, at Chapman, Cole and Gleason, located at 56 Edgartown–Vineyard Haven Road. Burial will be at Oak Grove Cemetery, and a reception will follow at the Portuguese-American Club in Oaks Bluffs. Please feel free to bring your favorite dish.