Dr. C. Jack Coleman (“Jack”) of Edgartown, left us to be with his Lord on May 27, 2020, after spending his 86th birthday with his son Allyn and best friend Bells at CareOne in Newton. 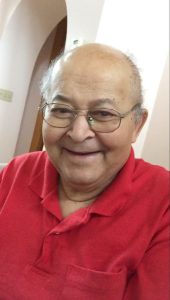 Jack was born on May 24, 1934, in Plainfield, N.J., to Henry Coleman and Eleanor Fisher Coleman (Oma), formerly of Kinston, N.C. He graduated from Plainfield High School, and was a regular member of St. Mark’s Episcopal Church (the Rev. Canon Leroy Lyons), as were his mother and family, before leaving Plainfield.

Jack served two years in the Army, and later married his wife, Alice Louise Cruise. He attended Rutgers University, where he earned his Ph.D. In his early academic days, he was a high school teacher (German), track coach, college professor, and director of the EOF program for Rutgers University College of Education, and touched the lives of many while living in Plainfield, and the lives of others everywhere he went throughout his career and in retirement. Jack held numerous academic positions at prestigious universities, which included UC Berkeley, where he directed the Learning Center. He retired as an associate dean from Quinsigamond Community College, and moved to Martha’s Vineyard.

While in Plainfield, Jack served as councilman, where he fought against racial injustice and for equality with his good friend Marshal Brown. In Plainfield, he was well-known among his Plainfield friends, which were family, on the tennis courts and golf course, and later well-known on the tennis courts and golf course (Mink Meadows) on Martha’s Vineyard, where he ran the Oak Bluffs tennis tournament in its greatest days. Jack loved reading newspapers and books, and time with his family and friends. His Saturday mornings were reserved for Linda Jean’s, where he regularly ate with his breakfast club.

Jack was way more than just a loving husband, father, uncle, grandfather, great-grandfather, and friend. He was an amazing, caring, and selfless man, and was something great and special to everyone. Like his mother, he loved everyone, whether deserving or undeserving, and always put the needs of others in front of his own, even during his final days. He made the world a better place for many of us with the sacrifices he made. His memory will live on in our hearts and in the hearts of many after him.

He is survived by his wife Alice; sons Jack, Allyn, Peter; daughter Terilynn; and numerous nieces, nephews, grandchildren, and great-grandchildren. Jack was predeceased by his parents, Henry and Eleanor; his brothers Alfonso and Julius; and sister Carole.

Special thanks to the staff at CareOne, Massachusetts General, Newton-Wellesley, and Spaulding Rehab hospitals and skilled nursing facilities; Morgan and Elise, who cared for him at home; Uncle Bells, who lifted his spirits when he was away from home at the hospital and nursing facilities, and during his final days; and our extended family and friends, who lifted his and our spirits during the toughest of times.

A private memorial service was held for family members. In lieu of flowers, please light a candle and say a prayer for him.