The Dukes County Courthouse reopened Monday for limited service, after closing in March due to the novel coronavirus pandemic. However, most court business remains digital, including district court proceedings. Everyone who enters the courthouse is questioned by court officers about their potential exposure to COVID-19. Everyone entering also receives a thermal scan to check for elevated temperature.

Zeltzer has been attending meetings of the airport commission on Zoom since being appointed to the commission by the county in May, but has been unable to vote.

While the courthouse was closed, no oaths of office were held. Davis said he knew of nowhere in the state people were being sworn in during that time, except for in Boston. Davis said he and court staffer Deanna Ruiz are the only people in the county authorized to swear in public officials. Despite requests to do so, for health and safety reasons, he opted not to swear in folks on call elsewhere on the Vineyard, and instead waited until the courthouse reopened and the large and airy courtroom was available. 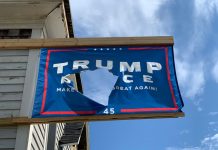 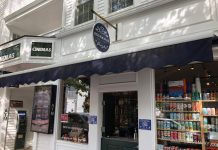 A home in Oak Bluffs owned by a man who supports the Trump/Pence ticket recently had a window broken by a BB and a political sign vandalized by undetermined means.
#mvtimes #News #marthasvineyard ... See MoreSee Less

A surprise Zoom call honoring Kerry Alley for his endless dedication to the community was filled with tears of joy and gratitude from friends and family.
#mvtimes #News #marthasvineyard ... See MoreSee Less

The Taunton man accused in the shooting death of Eric Voshell at a Fall River biker bar has been granted bail by the judge in the case. Voshell, an Oak Bluffs firefighter and a member of the Sidewinders motorcycle gang, was killed a year ago.
#mvtimes #News #marthasvineyard ... See MoreSee Less