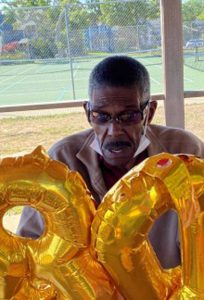 Stephen Wesley Lewis was born on July 15, 1940, in Boston, the only child of Elsie Lewis. He was educated in Oak Bluffs before finishing out his schooling in Boston. Stephen was married to Darlean Lewis of South Weymouth; they divorced some years later, and he never remarried. Stephen lived on the island for close to 50 years, and had his own landscaping business for many years before retiring in 2007. He had a love for adventure, and for his 77th birthday, he and his son Kevin went on a Six Flags adventure, riding three different rollercoasters and other rides, crossing this wish off his bucket list.

A 40-year member of Alcoholics Anonymous, he attended every meeting possible, and served as a sponsor for many friends.

Services will be held on Saturday, August 1, at the Oak Grove Cemetery, Pacific Avenue, Oak Bluffs at 10 am sharp officiated by the Reverend Deon Thomas.

In lieu of flowers, donations in Stephen’s memory can be made to Alcoholics Anonymous, General Service Office, P.O. Box 459, Grand Central Station, New York, NY, 10163, or online at contribution.aa.org/.