[Editor’s note: Please enjoy this column from 2015 while Juliana Germani is away. We thought it might stir up some conversation about presidents.]

It is that time of the year again! On Friday, the White House confirmed that the First Family would return to Martha’s Vineyard in August.

When I think about Americans’ relationship with their presidents, I find it remarkable that Americans exhibit such respect for the office of the president, and the many ways that respect and appreciation are demonstrated and cultivated.

However, that is not the way Brazilians feel about their presidents. The first Brazilians who immigrated to the United States arrived either during the dictatorship era or shortly after. At that time, Brazil was trying to rebuild a democracy, its economy was disastrous, inflation was elevated, and not long after, Brazilians chose their first directly elected president, Fernando Afonso Collor de Melo. This president made history by becoming the first Brazilian president to be impeached due to his corrupt government.

I was 8 years old when all of the corruption from Collor’s government came to the surface. As I watched the news with my father, and witnessed Brazilians — many young citizens — marching the street of Brasilia, the country’s national capital, with their faces painted black and with the colors of Brazil’s flags, protesting and asking for the sitting president’s impeachment, I learned to have hope that one day my country could elicit pride in and justice for its citizens.

Brazil’s new republic is in its fourth president, with the sitting president being the first woman to ever hold the position. The former president, Luiz Inácio Lula da Silva, used to be loved by some Brazilians for being an underdog, and now Lula and current president Dilma Rousseff find themselves facing disapproval and receive hostile treatment wherever they go, as their governments are facing corruption charges. Based on these facts, Brazilians continue to find it challenging to develop and solidify a sense of patriotism and pride for their country.

I know of many Brazilians who witnessed President Obama’s swearing-in, including some of my family members. Many Brazilian Islanders have deep gratitude for what his executive order, the DACA (Deferred Action for Childhood Arrivals), has done to change their kids’ lives, as the Times recently reported.

“One of the elements about President Obama’s visit last year that I thought was so nice is that he knew everyone’s name,” said Mara Carminati, a Brazilian who has been on the Vineyard for 16 years, in a recent phone conversation with the Times. “He thanked all of the people who worked at the house he stayed in with his family, and shook our hands.”

Mara met the president last year, and worked as a volunteer at the house where the First Family vacationed. As with everyone who comes close to the President, Mara went through a thorough screening process in order to be able to be of service to the president. As the Island gets ready to receive the First Family, Brazilian Islanders will be among the many curious spectators waiting to see just a glimpse of President Obama, and who hope they can demonstrate their respect and appreciation for his service to a country they have adopted as their own. 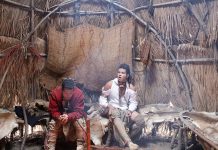 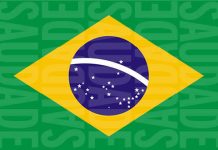