William Anthony Gamson died peacefully in his sleep on March 23, 2021, in Brookline, at the age of 87. 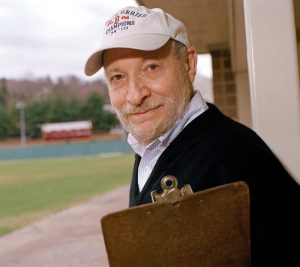 Born and raised in Philadelphia, Bill was educated at Antioch College and the University of Michigan, and taught at Harvard, the University of Michigan, and Boston College. He and his wife Zelda began coming to the Vineyard in the summer of 1966 from Ann Arbor, Mich., renting various houses in Chilmark, then bought land in 1975 on what is now called Boston Hill Road, completed their house in 1981, and commuted between the Island and their Boston jobs until their retirement. Bill served on the board of the Chilmark library as treasurer, and managed the Boston Hill Road Association. He loved sailing his Sunfish, paddling his poke boat, bodysurfing, and showing the Vineyard to visitors from other places in the world.

Bill will be remembered for his distinguished career as a values-driven sociologist of social movements and media; the many influential books and articles he wrote; the simulation games he invented, including SIMSOC; his creation of a fantasy baseball league that became the seed for the fantasy sports industry; the generations of students he mentored; his passion for playing,

fomenting social change, collaborating, and dancing; and his love for and pride in his family.

He is survived by his wife and partner of 65 years, Zelda Finkelstein Gamson; his sister Mary Edda Gamson of Oakland, Calif.; his daughter Jennifer and son-in-law Steve of Newton; his son Joshua and son-in-law Richard of Oakland; and his grandchildren, Gilad, Ari, Maya, Reba, and Madeleine.