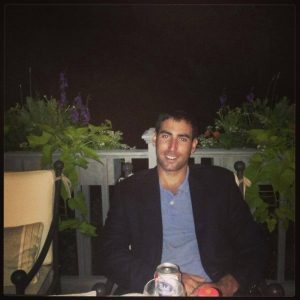 He was born on May 24, 1987, at Martha’s Vineyard Hospital to Kathleen Smith and James Wallen. During his childhood and early teens, Nich lived in St, Thomas, U.S. Virgin Islands;

Nassau, Bahamas; and Rome, Italy. He became passionate about golf as a youngster, and was a member of the Bahamas National Junior Team. The family moved to the Vineyard when Nich was in high school. At MVRHS he excelled academically, played varsity tennis and golf. He was captain of the golf team in his senior year, and graduated with honors in 2005. He attended Brandeis University, where he also played varsity golf.

Nich was an avid sailor, hiker, rock climber, skier, and traveler. In addition to several sailing trips between the U.S. and the Caribbean, Nich sailed and explored the north coast of Cuba and crossed the Pacific to New Zealand, where he worked and explored. He later spent a year in Maui, and became a proficient surfer. He bicycled around Taiwan, with stops for rock climbing. Nicholas traveled extensively in Central America, Europe, and Southeast Asia. He hiked several volcanoes in Central America, and Mount Rita Cuba Libre, an 18,000-foot-peak in Colombia.

In between adventures, he returned to Martha’s Vineyard to spend time with his family and work as a carpenter, house painter, and landscaper and pursue his avocation, poker.