William Scott Turpie, the son of Joy and Bill Turpie, died on July 30, 2021. He was a complex person with a generous and loving spirit, who was always willing to help others. 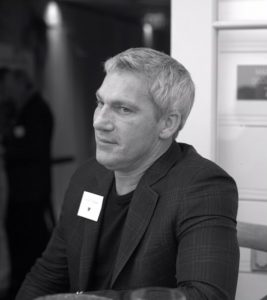 Scott was born on Jan. 23, 1969, and grew up in Hingham, where he attended the Hingham schools, and was a graduate of Hingham High. He went on to Arizona State University. From a young age, he had a lifelong interest in design and architecture, and early on was sketching homes with remarkable accuracy and detail. He was a skilled carpenter, and learned the trade working for several builders and carpenters on the South Shore.

He moved to Bethesda, Md., where he worked with his sister, Sandra, at her store and design firm, Ella Scott Design. They later formed a design and build company under the same name, and continued to work together for many years until Scott launched William Scott Design, which served clients both in the Washington, D.C., metro area and in Miami. He helped many of his employees integrate into a new life in the U.S., and learned Spanish so he could communicate more effectively with them. His designs were always creative, and he excelled at solving the most difficult design or construction challenges.

Scott had an extraordinary capacity for knowledge and an ability to learn anything that caught his interest, whether it was music, language, engineering, or complex computer programs.

He was at ease connecting with a wide range of people from all walks of life, from those down on their luck to successful businessmen and women. It was a testament to his nonjudgmental spirit and acceptance of others. He found the good in all of his friends, encouraging them to accept themselves even when they didn’t feel accepted or valued. He went out of his way to help anyone in need.

He had a wonderful sense of humor and a sharp wit, which kept everyone around him in stitches.

Scott is survived by his mother and father, Joy and Bill Turpie of Vineyard Haven; his sister and brother-in-law, Sandra and Michael Meyer; his nieces Ella and Zoe Meyer; his uncle and aunt, Dick and Susan Jelinek; and by his many friends.

A celebration of his life will be held at the United Church of Christ in Norwell on Sunday, Sept. 19, 2021, at 2 pm, with an outdoor reception to follow. All who loved Scott are welcome.

Donations may be made to the United Church of Christ, 460 Main Street, Norwell, MA 02061, designated for the Scott Turpie Memorial Fund, to be used to help others in need.