So what made you come to Martha’s Vineyard?

I first arrived on the Vineyard in the summer of 1976. Gerald Ford was president, and the country was celebrating its bicentennial year. I was 24, and had been in America for nine months.

I was staying with a friend in Boston who mentioned an island off Cape Cod that he thought I might like: Nantucket. He claimed it was an interesting place to cycle around. I bought a secondhand bicycle, and cycled from Boston to Hyannis where, in those days, it was still possible to take a ferry to the two main islands off Cape Cod.

Arriving in Hyannis, I bought a ticket to Nantucket. Five minutes after the ferry from Nantucket docked, an identical ferry docked close by. Watching the passengers arriving from Nantucket walk jauntily ashore, I felt uncomfortable about how white and preppy they all were. Disembarking from the other boat was a very different set of people; a mix of farmers, dropouts, and academics, a few of whom were African American. I was told the second ferry was from Martha’s Vineyard. I quickly switched my ticket and boarded the ferry for the two-hour journey to Martha’s Vineyard, a place I’d never heard of until five minutes earlier.

Cycling around the Island that summer, I was struck by its understated beauty and its immunity from the excesses of commercialism. No chain stores, no roadside billboards. Just a coastline of sandy beaches, with a lush, green interior dotted with farms and old stone walls.

I’ve been back every summer since.

Keith McNally was born in London and moved to New York in 1975, where he worked in a series of restaurant jobs from oyster shucker to busboy to general layabout. In 1980 he opened his first restaurant, The Odeon. Since then he’s opened Balthazar, Pastis, Café Luxembourg, Nell’s, Minetta Tavern, and Pulino’s, the biggest restaurant flop in history. In 2010 he was mistakenly given the James Beard award for outstanding U.S. Restaurateur. He’s written and directed two feature films, End of the Night and Far from Berlin. 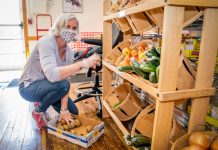 Back to Normal: One Bite at a Time 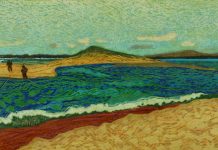 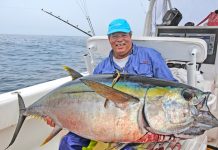