The Martha’s Vineyard Fishermen’s Preservation Trust (MVFPT) is continuing its work to support local commercial fishermen and the restaurants and fish shops that rely on the day’s catch.

Last fall, the organization received a grant for food donation from Catch Together — a project of the Trust for Conservation Innovation that seeks to support fishermen, fishing communities, and ocean conservation.

According to John Keene, president of the board of directors for MVFPT, the grant allowed the organization to purchase black sea bass and scup from local fishermen and process it into filets that were then made into fish stew.

“That worked out really well because it helped us ensure a good price for the fishermen, and we absorbed all the product they could catch,” Keene said. “We were able to distribute that to Island food pantries and some places off-Island as well.”

According to Keene, the MVFPT was one of five groups in America that were selected for the fish grant, among hundreds of applicants.

One of the recent steps the benevolent organization has taken to support the fishing community (and the community at large) is to establish the Martha’s Vineyard Seafood Collaborative in the old Menemsha Fish House building.

According to Shelley Edmundson, executive director of MVFPT, in this first pilot year the collaborative will figure out how to best serve the Island.

“Just having the doors open and being able to purchase whatever comes in has been a huge success,” Edmundson said. “[The Menemsha Fish House] wasn’t buying everything, so they haven’t been purchasing lobsters for the last few years, which was really hard on the lobster guys, especially during the pandemic.”

When things start to slow down in the off-season, Trust officials will go through the numbers and see what they can change about the operation, and what has worked for them so far. “Maybe there are ways to market it more, ways to get in and help the restaurants or tell the story behind all the seafood more, so people understand why it’s important to buy local seafood and who they are supporting. All of that will build as we keep going with it,” she said.

Keene added that the role the seafood collaborative played through the pandemic was a difficult one. Many restaurants and fish shops across the country, even though they were extremely busy, weren’t operating at full capacity because of the nationwide labor shortage, Keene explained. Because of this, many establishments weren’t buying fish at nearly the same rate as they normally would.

“Of course, it’s the first year, so there are going to be components of it that aren’t going to be what they should be because of COVID and everything,” Keene explained. “We are still trying to think outside of the box and evolve with the challenges as they come up.”

As the start of the collaborative coincided with the start of COVID and the economic downturns to follow, Keene said, he anticipated there would be tribulations and a significant learning curve to tackle.

Particularly, Keene noted that the Island economy maintains a delicate balance of supply and demand, and it would have been easy for the collaborative to accidentally upset those balances that have been established over the years.

“We are trying to be really careful because we don’t want to come in as a nonprofit into a for-profit neighborhood,” Keene explained. “You don’t want to hurt by helping. That’s a huge part of our mission, because we are trying to help the whole industry, not just fishermen. It’s the restaurants, it’s the other fish markets, it’s all one big organism that if you start wobbling one side against the other then things fall apart.”

As the Island enters the off-season, Keene said, the abundance of people on Martha’s Vineyard and the lack of labor will have repercussions even going into the winter. Even if the demand for fish is there and folks want to go eat at restaurants and purchase fish from fish shops, many of those establishments don’t have the employees to process the fish and serve it to hungry customers.

“So the challenge then becomes, how does [the collaborative] keep buying fish if we can’t get rid of it by selling it? It really is all connected that way. That’s why we have the truck. It’s our purge valve, where we can truck fish off-Island if we can’t market it on the Island,” Keene said.

He added that the fish truck has also allowed the MVFPT to bring bait, gear, and other things back for Island fishermen when they are delivering fish off-Island. “They can call us, and we can go and pick it up for them,” Keene said.

Although some fisheries can sustain themselves through year-round work, Edmundson said, many fisheries are not year-round.

“A lot of people take the winter months to get their gear ready or do maintenance on their boat. Different cycles happen because of the winter anyway,” Edmundson said. “So I think what we will probably do is meet with fishermen one-on-one and get feedback on how things are working for them, meet with restaurants, and try to get out there with chefs and hear what worked and what issues they are facing now.”

According to Edmundson, the trust ended up making around 140,000 meals out of the scup and sea bass they purchased with the grant money. The organization still has some fish they are donating to different food organizations on the Island that need them, along with some going to the Greater Boston Food Bank and the United Way in New Bedford.

Now the trust is partnering with organizations like the Island Grown Initiative and Slough Farm to donate fish so they can make meals for their benevolent food programs that operate year-round.

“We still have funds in the grant to make that happen, so that will be ongoing,” Edmundson said.

Some exciting new developments for the trust include using a grant in partnership with the University of New Hampshire and St. Joseph’s College to research ways of improving the sustainability of conch fisheries, and working with the Commercial Fisheries Research Foundation and the Rhode Island Division of Marine Fisheries to develop a welk research fleet.

“Those are all cool projects that will help us understand what the fishermen are seeing, and be able to be a part of collecting that data and giving it to different management groups,” Edmundson explained.

When asked if there was one thing Islanders could do to benefit the Island fishing economy and support our fishermen, Edmundson said, “Buy more fish.”

“The more we can create a strong demand for local seafood on the Island, the better prices will be for our fishermen, and the better the quality of food will be on-Island,” she said. 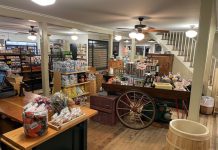 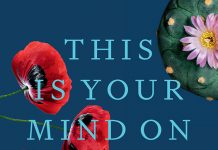 Catching up With Michael Pollan