When Kate Woods and Nick Doherty started their positions as farm managers at Beetlebung Farm last February, they had a huge mission ahead. Moving to a new community and farming unfamiliar soil is daunting enough, but because they were joining an operation in its infancy, they had to hit the ground running.

Kate and Nick first met at Stone Barns, where they were field managers on the 80-acre nonprofit teaching farm located on the old John D. Rockefeller estate in Pocantico, N.Y. It was created as a dairy farm back in the 1930s, but over time, farming faded, and the property was used for storage. In 2002, the Rockefeller family donated the property, which became a nonprofit, and restoration of the farm began; eventually Stone Barns Centers for Food and Agriculture was born. The farm includes the restaurant Blue Hill at Stone Barns.

Chilmark’s Beetlebung Farm was sold in 2018 by the Fischer family, after four generations of farming, to longtime seasonal residents John and Amy Weinberg. The Weinbergs purchased the beloved family farm in the town center with a mission to preserve and renew the property. By using regenerative growing practices, restoring and rebuilding the soil with minimal disruption, and encouraging biodiversity, they began the process of making it their own.

Even though Beetlebung was only going into its third season, Kate and Nick got lucky — the farm had two seasoned year-round farmers, Theo Gallagher and Seth Miller, and another returning seasonal farmer who came back later that spring. At least they would have some historical knowledge, and, small as it was, the team was created. With this, Kate and Nick began their new journey, insisting on a ritual they had experienced during their time at Stone Barns — farm lunch, which they initiated shortly after they arrived last February.

“At Stone Barns, we had family meals on Thursdays, with both the restaurant and the farm,” Nick told me.

“It was so many people, all the chefs and the farm team. We ate a lot of pasta, but it was great,” Kate said. “We also both traveled a bunch to farms, especially in European countries, and a farm lunch was often celebrated. Farm lunch was a long event, and there was always wine; everything felt very celebratory, and after lunch, we would mosey back to the fields.”

In the beginning, the couple would plan what they would cook for the lunch ahead of time. They soon realized the meal would come together depending on ingredients available that day, and what they were feeling like that day.

“It kind of just fell into place,” says Nick. “Sometimes friends, family members of the farm team come. Just last week, we just had Clara Coleman for farm lunch. That was great.” (Clara Coleman of the famed Four Seasons Farm in Maine, is a second-generation farmer, farm consultant, writer, and friend of the farm.)

Days on Beetlebung Farm can be long, and with only two West Tisbury farmers a week all summer, and plenty of harvest deadlines, farm lunch has always been a priority.

“It happens every week no matter what, even if it is just three of us or 12,” Kate says. “It’s a nice time for all of us to be together and relax, and not have to worry about work, just connect. I also think a lot of times, which seems ridiculous, farmers don’t always get to eat the food they grow. The food does become precious, because we need them to sell what they grow.”

With their first summer under their belt, one of the biggest discoveries to the farmers is how different every month is on the Island, from the people who are here to the growing of vegetables.

“This community is super into food; there are a ton of food-obsessed people on the Island,” Nick said. “It makes for great conversation at the farmers market, speaking to customers. You know they really appreciate the food we grow.”

As for the farm itself and the land, there were surprises there, too. “The biggest surprise is the wind,” Kate said. “It’s a thing, especially up in Chilmark where we are. Also the soil here on the farm is very sandy.

“The humbling part is to farm on a new piece of land, because you think you have it all figured out, and all of a sudden the land is a foreign land, and you need to reteach yourself to learn the land.”

“Also a big surprise,” Nick said, “is all the food products available — from yogurt to cheese, pastry to bread, milk; it’s amazing.”

As the growing season shifts to cold-weather crops, the pace becomes less frenetic, and Nick and Kate can take a breath with their team and reflect on this past season. What better way to celebrate all the growth and vegetable production that happened this year at Beetlebung Farm? 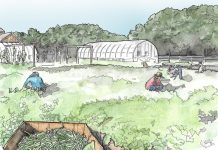 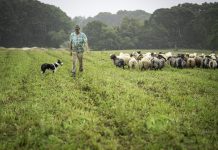 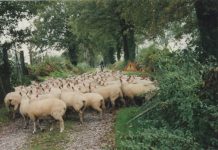 A Girlhood Summer, Farming in France