The intelligent, beautiful, articulate, and frequently irreverent Jeanne Burke left the world on Sunday, June 19, 2022, 64 years after entering it, surrounded by her family. 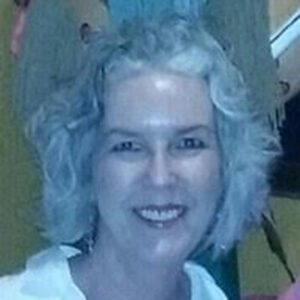 Jeanne was born and brought up in Boston. She left Boston and moved to the sunshine of Miami at the age of 21, where she worked, with a close partner, in the restaurant business for 10 years.

As a child Jeanne discovered her love of travel and culture when her grandma Rose took her and siblings on a sleeper train to visit Washington, D.C. They visited the national monuments, the Washington Zoo, stayed in what seemed like very fancy hotels, and eventually ended up taking a similar trip to New York City.

During her time in Miami, when not working, Jeanne continued her travels. She visited most countries in Eastern and Western Europe multiple times. She drove cross-country in the U.S., visited nearly all the Caribbean islands, including Haiti during Papa Doc’s rule. She also visited Hawaii, Japan, Hong Kong, China, Macau, Brazil, and Australia. She loved Mykonos, Greece, and spent many rejuvenating hours in the south of France in the town of Nice.

Jeanne was the first in her family to attend college. She took undergraduate courses during her time in Miami. She returned to Boston and finished her undergraduate degree at Emerson College, and followed this closely with the receipt of a master of arts in applied linguistics through UMass Boston.

The master’s degree instigated a career change for Jeanne, bringing her into the world of adult and higher education. She worked for two years in the Office of Academic Support as an English as a second language specialist at Simmons College, Boston. In 1994, she accepted a university teaching job outside Mexico City. Here she not only fell in love with Mexico; she met the love of her life, Jose Sanabria. Jeanne returned to the States, and Jose soon followed. They lived in Somerville for two years, Jeanne teaching at UMass and Boston University, and in 1999 made their way to Martha’s Vineyard. They married at the Chilmark home of friends in 2000. They lived many years in Edgartown, and eventually bought a small house in Oak Bluffs.

Jeanne brought her English language teaching expertise to the Martha’s Vineyard Adult Learning Program the same year the couple moved to the island. The following year she became ESOL coordinator of the program, and in 2002 she became program director. She remained director until her retirement in 2020. During her time as program director, Jeanne helped over 3,000 immigrants learn English, and to understand and navigate U.S. health, immigration, employment, cultural, and educational systems. Her directorship at MVALP was rated in the highest category, “exemplary,” by the Massachusetts Department of Education. Jeanne also worked as a consultant, creating and facilitating teacher training workshops, and writing adult ESOL standards for the state Department of Education.

More than anything, though, she was passionate about, and in love with, her family. She is survived by her husband and greatest supporter, Jose Sanabria; her stepsons Xiuh and Ollin Sanabria of Oak Bluffs and Mexico City; her mother, Anne Burke Silva of Vineyard Haven; her sisters and best friends, Laura Burke and Janice Mackey; her three younger brothers, Chris, Kevin, and Tom Burke; and her old older brother and Irish twin Dan Burke and his wife Marge. She also leaves her much-loved nieces and nephews, Abby, Jeff, Melanie, and Gabriel Burke; and Jeannene and Jorge (“Cocol”) Sanabria; as well as many cousins and friends.

In lieu of flowers, please hug a loved one today. Services are private.