Thomas E. Kennedy Jr., 62, of Vineyard Haven, passed away peacefully in his sleep at home on Thursday, August 4, 2022. 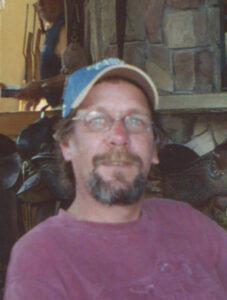 Tom was born in Waterbury, Conn., on Feb. 21, 1960, the son of Janet (Vensel) Tracy and Thomas E. Kennedy Sr. He was the husband of Suzanne (Jones) Kennedy, passing one day before their 34th wedding anniversary.

Tom enlisted in the U.S. Army and was stationed in Erlangen, Germany, where he excelled in marksmanship. After his discharge, he moved to Martha’s Vineyard in the early 1980s, where he lived a quiet life and enjoyed the Island.

He was a painter early in his career, working on restoration of the Daniel Fisher House, Whaling Church, and other historical buildings in Edgartown. He continued his career as an independent contractor in carpentry and construction.

Tom loved cooking and riding his motorcycle, and was an overall car enthusiast. He was an excellent driver, and enjoyed taking road trips in the Northeast U.S., particularly Maine, Vermont, and New Hampshire, and the Southwest, where he explored Arizona and visited Bryce and Grand Canyon national pParks with his wife. He was fortunate to travel to Norway several times, visiting his wife’s relatives, attending a traditional Norwegian wedding held in the oldest Stave Church in Norway, and staying in a remote mountain cabin fishing for trout. He also visited France, England, and Scotland, where he put his driving skills to the test driving on the left side of the road.

Tom had a quirky and dry sense of humor that always made you smile and remember to not take things too seriously. A lifelong animal lover, he had a soft spot for all creatures, and was always willing to help stray and injured animals. He was a man of few words, but never hesitated to ask questions and meet new people.

He is survived by his wife, Suzanne (Jones) Kennedy; his sister, Linda (Kennedy) Bostrom; mother Janet (Vensel) Tracy; and father Thomas E Kennedy Sr.; and by nieces Erica Bostrom and Allison Bostrom. He was predeceased by a niece, Kristin Bostrom, and his grandparents.