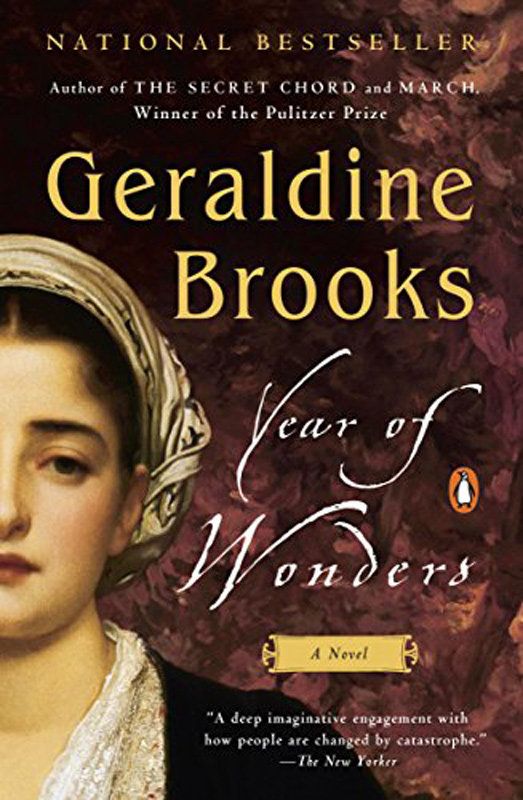 When the coronavirus started to look inevitable a few weeks ago, we had a choice. Bury our heads in the sand or try to adapt to an ever-changing situation for which we have little training and less understanding. There’s no fear like the fear of the unknown, and many of us have worried ourselves into a stupor. To escape that twilight zone, it can help to learn as much as we can about the cause of it.

Those of us with a scientific bent might try to grasp specifics about the virus, our vulnerability to it and how it has and will spread around the globe. Others might look to history to see how people were affected by killer viruses in the past — the bubonic plague (aka the Black Death) which lasted for hundreds of years in Europe, Yellow Fever (1918-20), or AIDS (1981-present).

The last major outbreak of the plague in England swept through London in 1665, killing many residents and prompting others to flee. Even as they were unsure how the contagion spread, they discovered they could not outrun it. When the residents of Eyam, a small town in Derbyshire some 150 miles north of London, realized that the plague had infested their village, they made the extraordinary decision to quarantine themselves, not so much to protect themselves as to stop the disease from spreading — by any measure an incredible self-sacrifice.

While hiking in the area in 1990, the novelist and West Tisbury resident Geraldine Brooks came across the Plague Village, as Eyam is known. Looking into its history, Brooks found the village’s story “so touching and terrible that it took root in my imagination,” she writes in an Afterward to the book, first published by Viking Penguin in 2001. “What would it be like to make such a choice and to find that two-thirds of your neighbors were dead within a year? How would faith, relationships, and social order survive?”

With these questions driving her, Brooks combined a prodigious amount of research with a born storyteller’s knack for invention and plotting. As a narrator, she chose Anna, a young woman whose solid, if dull, husband had died in a mining accident, leaving her with two little boys, Jamie and Tom. Anna works as a maid in the rectory of the village church, where Michael Mompellian, a charismatic young pastor, has recently been installed.

A strong connection emerges between Anna and Mompellion’s high-born wife, Elinor, in spite of their different social status. Elinor teaches Anna to read, an unheard of skill for a common villager, which sets Anna on a growth path that propels the novel forward. As Elinor is a mentor to Anna, so Anna is a balm for the lonely, troubled Elinor. The evolution of their bond enriches the story to its end.

When Anna takes in a border, her life brightens briefly. Mr. Viccars attends to her boys as their father never could, and mesmerizes her with stories of London and the outside world, which she never expects to see. Her excitement is short-lived, however, when he takes ill and dies within two days, from the plague, which had come to the town via a shipment of cloth from London. Soon enough others start to die, including Anna’s two boys, and the village is overwhelmed. The agent of Anna’s hopes has killed her future, in effect.

But Anna refuses to give up, in part because of her intellectual awakening, but more so because of Michael Mompellion, who exhorts villagers to fight the infestation among them. “If all who have the means run each time this disease appears, then the seeds of the Plague will go with them and be sown far and wide throughout the land until the clean places are infected and the contagion is magnified a thousandfold. If God saw fit to send this scourge, I believe it would be His will that one face it where one was, with courage, and thus contain its evil . . .  Let the boundaries of this village become our whole world. Let none enter and none leave while this Plague lasts.”

Hardly had the echoes of his last words faded before the Bradfords, local aristocrats who employed many townspeople, started to pack up and leave. Anna, on the other hand, delighted in her new mission, tending to her sick and needy neighbors, often with Elinor Mompellion at her side. “If we balanced the time we spent contemplating God, and why He afflicted us, with more thought as to how the Plague spread and poisoned our blood, then we might come nearer to saving lives.” Still, some villagers shut themselves off in a futile effort to protect themselves, and others take out their fears on any available target, like a mother/daughter team who’d today be known as holistic healers, but were then thought of as witches. Anna’s drunken father, drafted as a grave-digger, helps himself to whatever he fancied from the families of those he buried.

In spite of their good intentions, Anna and Elinor have little to work with. When Anna’s son Jamie takes sick, Elinor recommends a remedy composed of a roasted onion filled with a fig, rue, and Venice treacle, a concoction recommended by experts at the College of Physicians. Another “cure” was a dried toad in a bag waved over the afflicted. Though they suspected these potions would provide only brief relief, it was all they had to fight an adversary that kept up its random, relentless killing until, in less than a year, most of the population had died.

Anna somehow finds enough strength, and hope, to carry on, however, ministering to the needy to the end. Meanwhile Michael Mompellion is spent, physically and spiritually, after fulfilling his promise that, “No one in this village will face death alone.” Save one last shocking interaction with Anna, he is broken, and disappears. Ironically, it provides Anna with a glimmer of hope. It also leaves the reader improbably uplifted and, in a sense, gives meaning to the book’s title.

Throughout, Brooks’ descriptions of life (and death) in a small village, and the mix of personalities that inhabited it 450 years ago, are compelling. We learn how various trades are pursued, how ritual and superstition are observed, how women relate to men, husbands to wives, nobility to everyman. Then again, it’s one thing to provide a convincing framework, quite another to fill it in with such a powerful story as Brooks fashioned. Her deft twining of sub-plots keeps things fresh and intriguing, quite a feat given the sad, sad outcome, an unavoidable outcome for good, innocent people who, out of sheer bad luck, found themselves in the path of the world’s worst pandemic to date.

The incredibly brave, noble choice the village made, stuck to, and paid for could fill volumes on its own, but Brooks has gone much farther, thanks to her creation of Anna, a sympathetic character supreme. It’s easy to get to know her, hard not to like her, and impossible not to want to find out what happens to her.

Given our new reality in the time of Covid-19, being swept up by a book about the decimation of a small community might seem like some kind of perverse fascination, but a good story in the hands of an exceptional storyteller can stand up to anything. As for lessons the book can teach us about current trauma — like the terrorist attacks of 2001, the same year “Year of Wonders” was published — Brooks wrote then: “Love, hate, fear. The desire to live and see your children live. Are these things different in the 21st century than they were in the 17th? I don’t think so. One thing I believe completely is that the human heart remains the human heart, no matter how our material circumstances change as we move together through time.”