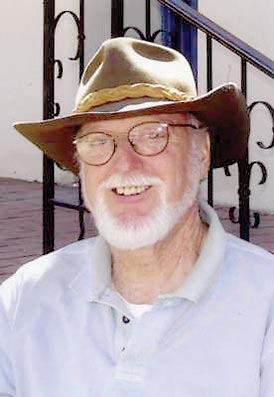 Thomas W. “Tucker” Hackett Jr. of Vineyard Haven died on June 15, 2011 with his loving family surrounding him. He was predeceased by his parents, Dr. Thomas W. and Veronica Hackett from Westport, Conn., and his older brother, William Henry Hackett. He is survived by his wife, Emily Kellogg Hackett; daughters Lorna Kellogg of Boulder, Colo., and Natasha Cooper and her husband, Robert Cooper, of Trumbull, Conn.; his son, Brian Hackett of Vineyard Haven; his grandsons, Zachary, Charles, and Finnegan; his sister, Shelley Phipps of Tucson, Ariz.; and sisters-in-law Constance Casey and Joanna and her husband, Alfred Uhry.

Tucker was born in Westport, Conn., on November 25, 1939. He attended Staples High School there and St. Francis College in Loretto, Penn. He was an advertising executive with a special creative talent for copywriting. He was co-owner of several major advertising agencies throughout his career. He retired with his family to Martha’s Vineyard in 2001, where he pursued the careers of poet, fisherman, naturalist, gardener, chef, and Mets fan. He was a mentor and friend to all who knew him and a loving husband and father to his cherished family. He was a longlasting friend of Bill W.