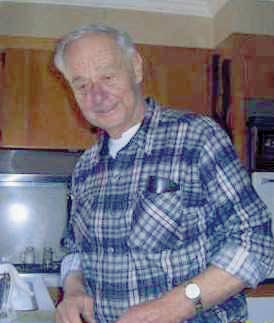 He leaves his loving wife Gloria J. (King) Sylvia, with whom he was one day shy of celebrating 61 married years and a son, Gary Sylvia of Edgartown. He was the father of the late Dennis W. Sylvia.

Born in Oak Bluffs, Buddy lived on Martha’s Vineyard all his life. He was the proprietor of Labelle’s Plumbing and Heating from 1964 until his retirement in 2009. He was a member and deacon of the First Baptist Church and the Portuguese-American Club. He also served as a vice commander in the flotilla for the U.S. Coast Guard Auxiliary Unit.

He enjoyed helping others, spending time with his family, and card nights with dear friends Paul and Cathy. His hobbies included wood carving, square and line dancing, traveling, and taking car rides with his wife. He will always be remembered as the greatest husband, father, and grandfather.

A memorial service will be held in his honor at a later date. Arrangements are under the care of Chapman, Cole and Gleason Funeral Home, Oak Bluffs.