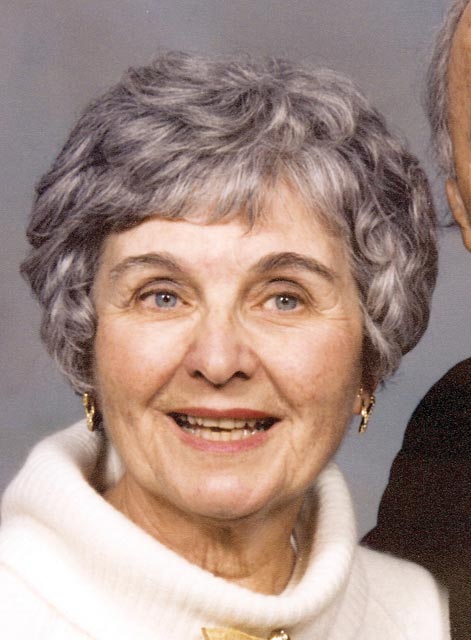 Jean Vincenza Loretta Corso, 94, a Cape resident since 1972, died peacefully at her home in Hyannis on Sunday, October 30, 2011. She was pre-deceased by her husband, Edward G. Corso, and her daughter Edwina.

Born on Feb. 15, 1917, in Brooklyn, N.Y., Jean was the daughter of Theresa Bevilaqua Vigliotti and Pasquale Charles Vigliotti. She and her sister, Mildred, grew up in the Ft. Greene section of Brooklyn. She often reminisced about the warmth of her mother’s large Italian family of nine brothers and their bakery and movie house businesses in that neighborhood.

Jean married her husband, Edward, in 1940. In 1954, after her children were grown, she began a career in finance, working in a small bank in Brooklyn. Later she worked on Wall Street, where she was employed for 20 years. During her employment on Wall Street, she held various positions of responsibility at a bond underwriting firm and most notably at Gordon Bros., an underwriting firm for IPOs.

Upon retiring to the Cape with her beloved husband in 1972, she became involved in numerous groups and charities. As president of the Cape Cod district of the MSPCC, she spearheaded a funding campaign for the building of a safe-house for female victims of domestic violence. She received an award from Massachusetts Gov. William Weld for her efforts. As an advocate for children and families Jean was most proud of this achievement. She was an active member of the Barnstable County Republican Club and she also worked on the Cape Cod YMCA building drive. For many years she was a member of Our Lady of Victory Guild and became president of that organization for one year.

Jean was a skilled knitter and seamstress and made beautiful clothing and sweaters for her children and grandchildren. She was also an avid reader. She had an active social life with her many friends in Hyannis and New York. Summers at the beach on the Cape with these friends were always a happy time for her.

Family was especially important to Jean. She was the family historian and loved to tell tales of the old days in Brooklyn. Just recently, with the help of a memoirist, she recorded some of these stories for her grandchildren.

Jean will be remembered as a wonderful and loving wife, mother, grandmother and great grandmother. Her kindness, humor, and commitment will be greatly missed.

In lieu of flowers, donations in Jean’s memory may be made to the Cape Cod MSPCC or the Hospice Service of Cape Cod.