Plum TV Martha’s Vineyard began broadcast operations in the summer of 2004, with ambitious plans to highlight the Island lifestyle. It was one of a chain of private stations established by Tom Scott, a cofounder of Nantucket Nectars. In September, the Vineyard station was abruptly closed.

The purchase of Plum follows a bankruptcy auction in the Southern District of New York, according to a press release. The new ownership group will continue the network’s programming focus on home, travel, food, and wellness.

In addition to the Vineyard, Plum TV is currently distributed on cable television systems in Miami, Aspen, Vail, Telluride, the Hamptons, Sun Valley and Nantucket at PlumTV.com, and on Plum TV’s video on demand iPhone app. 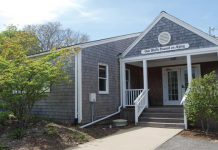 Painting a picture of an Island in crisis