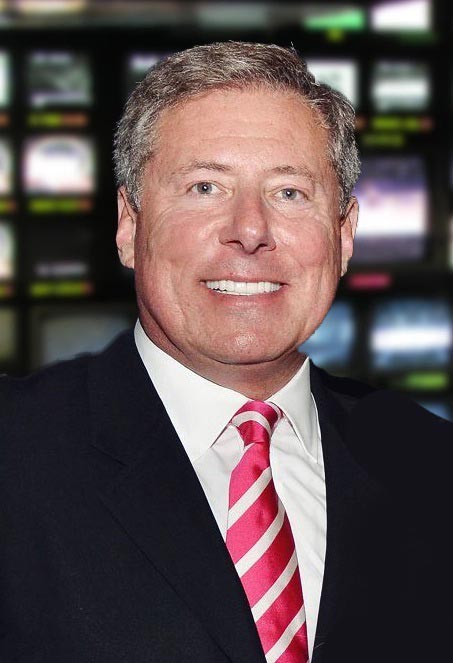 Geoffrey Houghton Neuhoff of Edgartown and Jupiter, Florida, died on July 22. He was 59.

A true leader in the broadcast industry and a second-generation broadcaster, Geoff was president and CEO of Neuhoff Communications. He spent the last 30-plus years dedicated to an industry and the communities it served. The company’s motto, “Media Made Locally,” was a testament to his belief in the strength of focusing on what mattered to local businesses and audiences.

In 2010, Geoff was recognized for his talents by the Illinois Broadcasters as the Illinois Broadcaster of the Year and in March of this year, a Neuhoff station won the prestigious national Crystal Award for Community Service at the NAB in Las Vegas. In both reception speeches, Mr. Neuhoff dedicated the awards to his father, Roger, his mentor and predecessor in business.

Born in Guam, Geoffrey’s early years were spent as his parents’ traveling companion throughout the Far East before they left the foreign service and settled to raise their family in Washington, D.C. Geoff attended St. Alban’s School and was a free-spirited young man who laid claim to a few boarding schools before graduating from the University of Denver.

Geoff went to work for his father at Eastern Broadcasting after graduating and worked his way up from entry-level positions in very small markets. When Eastern was sold and the opportunity to buy in Springfield, Illinois, presented itself, Geoff began his own career in ownership and his legacy was created. He had many friends and happy memories in Springfield. His three children were born there of a prior marriage, and it was a very special part of his life

Geoff and his wife of ten years, Beth, were residents of Jupiter, Florida. They resided at the Loxahatchee Club amongst many dear friends. Geoff loved the game of golf despite its many challenges, and he played often. Geoff was an active member of the Jupiter and greater Palm Beach County Community where he served on the Boards of the Palm Beach County Cultural Council and the Literacy Coalition of Palm Beach. In addition, he was an avid supporter of Loggerhead Marinelife Center, the Maltz Jupiter Theatre, the Palm Beach Infectious Disease Institute, and many animal charities.

Geoff’s heart, however, was truly most at home in Edgartown, his summer home of more than 50 years and where he and Beth were married. A lover of sailing, boating, and the magical sand and salt air, it was fitting that his final days were spent where he was happiest — amongst family and lifelong friends from the Chappaquiddick Beach Club, the Edgartown Yacht Club, and the Boathouse Club.

His greatest loves were his three children, Jameson, 26, Alexandra, 25, and Alice, 23, his wife, Beth, and his dear parents, Roger and Louise, who survive him. Also surviving are his sister, Marion, and her husband, Simon, of West Tisbury; his two brothers, Eric of Vero Beach, Florida, and Alex of Maui, Hawaii, as well as many beloved nieces and nephews. Finally, a great lover of his animals, Geoff leaves behind his most beloved dogs, Stella and Stanley, and his two cats, Scooby and Shaggy.