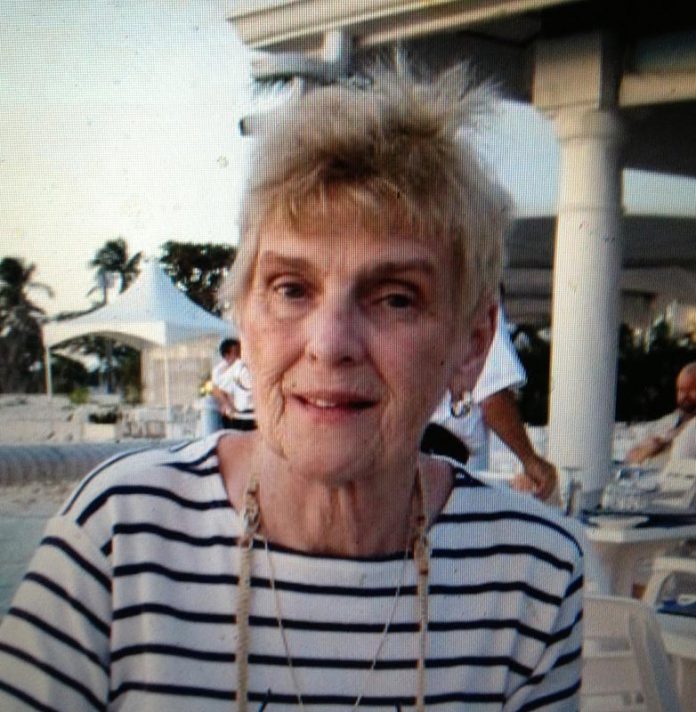 Suzanne Bowden Crossland died peacefully at the Martha’s Vineyard Hospital on December 24 surrounded by her sons, Kurt Crossland and Mark Crossland, and her daughter-in-law, Bernadette Crossland, after a brief illness. She was 81.

Suzanne or Sue, as she preferred to be called, was born on February 4, 1931 in Pittsburgh, Penn., to Dorothy and Al Moser. She was an only child and spent her early life growing up in Pittsburgh. She attended the Pittsburgh Art Institute where she learned to become an accomplished artist in various mediums. Her forte was charcoal drawing. She also painted still life and landscapes in oil.

She married Frank Wallace Crossland who predeceased her in 2003. They were married in 1951 while Wally was attending the University of Miami where he received a B.S. in engineering. While on campus Sue worked in the administration building as a secretary. She often commented on those years and their many married college-going friends with whom they had so much fun.

Sue and Wally lived on the Vineyard for two years in the 1970s and then moved to Clearwater, Fla., for a time only to move back the Vineyard in 1986 for good.

Sue was especially fond of animals. She adored her golden retrievers, Taffy being the first and then Lucky. Last year she was delighted to receive for Christmas from Mark and Bernie a Sheltie whom she named Harry, after an uncle. He was the sparkle in her eye and kept her very busy.

Besides her art work she loved to knit and was extremely capable at making sweaters, hats, and mittens for everyone in the family. She enjoyed Sunday dinners every week with Mark and Bernie and visiting with Kurt. She also enjoyed coffee and walks with her neighbor, Bobbie Donovan, whom she called her new best friend.

While living on the Vineyard she worked for the Historical Society and the Vermont Shop.

A graveside service will be held on Saturday, January 12, 11 am in the New Westside Cemetery, Edgartown. Arrangements are under the care of the Chapman, Cole and Gleason Funeral Home, Edgartown Road, Oak Bluffs. Please visit www.ccgfuneralhome.com for online guest book and information.