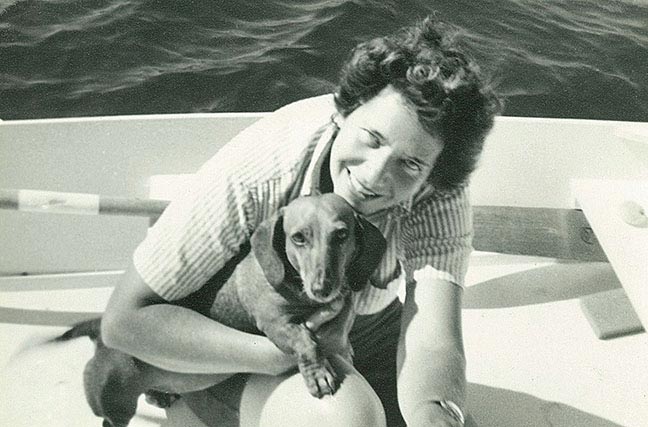 Elizabeth Robinette Suppes of Vineyard Haven, died peacefully at her home on the evening of December 24. She was 97.

She was born April 9, 1915, in Johnstown, Penn., the daughter of George Osborne and Marion Dibert Suppes. Preceded in death by infant brother George Dibert Suppes and her sister Marion Dibert Suppes Perret. She is survived by her sister Sara Suppes Ashman of Johnstown and Naples, Fla. She is also survived by nieces and nephews, Peter E. and Marion Dibert Perret, Dr. George Suppes Ashman and his wife, Suzanne, of Johnstown, Dr. Sara Ann (Ashman) Cifrese and her husband, Rocco, Idaho Falls, Id., and Thomas W. Ashman and wife Diane of Naples, Fla., and their children.

Miss Suppes was called “Busy” by her family and friends because of her many interests and activities. She was educated in the Johnstown schools and at a private school in Washington, D.C. She graduated from Barnard College in 1938 and subsequently obtained an MA in drama from Columbia University. Together with her tennis partner she played in local tournaments, winning many awards for their doubles play. She returned to Johnstown and worked as stage manager at the Mountain Playhouse during its first season in 1939.

When World War II broke out, she was one of the first women from the city to enlist in the WAACs. She was in the first class of recruits to graduate from basic training at Fort Des Moines, Ia. During the war she served as a WAAC recruiter. When the war ended she was at Stanford University learning Japanese. She was discharged from the army with the rank of major.

She went to New York where she worked for the actress Katharine Cornell and her husband, Guthrie McClintock, and taught in a private school. During the summers she ran Sumner Hall, a summer hotel, and the Rice playhouse, one of the first summer theaters, both of them in Oak Bluffs on the Vineyard.

She settled on the Vineyard and lived here for the rest of her life. She was elected to the Tisbury finance committee and became its chairperson. She was re-elected to this position several times and eventually retired from public service. Upon her retirement she was presented with the chair from which she had conducted committee meetings.

Her last years were spent gardening and entertaining friends and family. She lived a full and eventful life, and she is missed by all who knew her.

Johnstown arrangements are being handled by the John Henderson Co. funeral home. There will be no reception and services will be private at the convenience of the family.