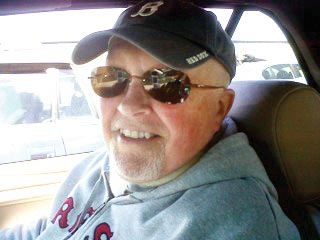 Nelson W. Potter, 70, of Chilmark, died on January 23, 2013, in Cambridge, after a courageous four-year battle with metastatic prostate cancer. Nelson was cared for at home with the help of Hospice and passed quietly with his wife, Pauline, and their adult children, Corey and Christopher, nearby.

Raised outside of New London, Connecticut, Nelson married his high school sweetheart to whom he was married for more than 48 years. In addition to earning degrees from Mitchell College and American University, he earned an MBA from The Wharton School in 1967. Nelson spent more than 30 years working for Fleetwood Enterprises in Riverside, California, the last two of which he served as president and CEO.

Longtime summer residents, Nelson and Pauline retired to their home on North Tabor Farm in 2002. Both prior to and during his illness, Nelson enjoyed writing short stories and was an active member in the Martha’s Vineyard Writing Group. Nelson was an enthusiastic conversationalist and particularly enjoyed discussing his beloved Red Sox, current events, politics, and humanitarian issues. He loved the ocean and especially enjoyed morning visits to Menemsha watching the boats travel in and out of the harbor. Aquinnah was a favorite breakfast spot as well, as he declared it one of the most beautiful views on the island.

In addition to his wife and children, Nelson is survived by his mother, Grace (Horton) Potter, his sister, Linda Robinson, and two grandchildren, Donovan (age 9), and Emerson (age 4).