Every so often I get a craving for Louis’s garlic poppy-seed rolls. The soft diamond-shaped dough balls were a staple at potlucks I went to when I was growing up. I get nostalgic for the long tables and penny-farthing bike at Papa’s Pizza, the stomping ground for many a birthday and post little league game victory party. I still remember the first time I had breakfast at The Daggett House, spooked by the photograph of the ghost in the fireplace yet enchanted by the grape-nuts bread.

Every season we see new restaurants pop up on the Island and say goodbye to others. This week, we say farewell to Seasons Restaurant and Pub, an Island mainstay that opened in 1986. For more information about the restaurant closing, see the story in the News section.

We depend on year-round Island restaurants for hearty meals, a night out with friends and family, a celebration, or a first date. While some of the best have closed their doors, many have stood the test of time. Here is a selection:

The Ocean View Restaurant, perched at the top of Washington Park on Chapman Avenue in Oak Bluffs, opened its doors in 1980. Owned and operated by the Jackson family, this local eatery serving lunch and dinner stays afloat with friendly service and reasonable prices.

“You don’t have to knock over the bank to go to the Ocean View,” said owner Peg Jackson in a recent telephone interview. The restaurant hasn’t changed much over the years. The giant fish tank flanks the entryway of the dining room, the fireplace roars in the bar during the offseason, popcorn is all-you-can-eat, and the salad bar still stands strong (it is now an additional $4.99).

The menu is also pretty much the same since they opened 33 years ago: seafood-centric with a variety of classics from the shore. “We’re very adventurous,” Ms. Jackson teased. All entrées are served with bread, a vegetable, and choice of potato. The bar boasts pizza (which is also available for take-out) and cheap drinks, where you can get a glass of wine for $5. The Ocean View is a family affair: three generations of Jacksons have put in their time — so far. The family experience extends to the employees and patrons: some have been there since day one. “That’s what keeps us in business, our locals, thank you to them,” Ms. Jackson continued. “In September we get to see their faces again.”

Linda Jean’s Restaurant in Oak Bluffs has been in business for more than 30 years, opening its doors in 1976. This landmark on Circuit Avenue serves breakfast, lunch, and dinner with daily specials posted in the window. A personal favorite on the extensive breakfast menu is The Jacob, a tangled mess of home fries, onion, tomato, broccoli, spinach, and cheddar cheese. Reach the restaurant at 508-693-4093.

Le Grenier, located on Main Street in Vineyard Haven, is the oldest year round chef-owned restaurant on Martha’s Vineyard. Chef Jean Dupon has been serving classical French cuisine in the upstairs location since 1979. His passion is evident in the 34 years that he has dedicated to the restaurant.

“We are just like a family,” says Mr. Dupon of his employees, which have included his grandchildren. According to Mr. Dupon, Le Grenier has quite the following and patrons return year after year for the consistent food. One year, Mr. Dupon tried to change the menu and the customers were upset that their favorite dishes were no longer available. Since then, there have been few changes to the 28 entrees. Favorites include Steak au Poivre, Swordfish Dieppoise and Lobster Normande. Le Grenier is open six days a week, closed Tuesdays, and is currently for sale along with the seasonal downstairs cafe, for $1.6 million. Call 508-693-4906 for information or reservations.

In operation for more than 40 years, The Black Dog Tavern in Vineyard Haven is an Island institution serving breakfast, lunch, and dinner. Known for its chowder and decadent desserts, the waterfront eatery draws flocks of tourists and locals.

From New England classics such as clam chowder, boiled lobster, baked stuffed shrimp, prime rib, lamb chops, and bouillabaisse, The Square Rigger Restaurant in Edgartown has been serving dinner since 1963. Moved from its original site near Edgartown Great Pond ito ts current location in 1949, The Rigger was built in 1800 by Capt. Thomas Marshall Pease. If you are in the mood for lobster, you are in luck. It is prepared several different ways, including sautéed, boiled, grilled, baked stuffed, and Newburged. All entrées are served with a salad, baked potato or rice, vegetable, and homemade bread. The Square Rigger will reopen the first week of February. Call 508-627-9968 for reservations.

The Wharf Restaurant and Pub in Edgartown has been serving lunch and dinner since 1983. This family-oriented business operated by the Coogan family prides itself on affordable dining and a place to watch the game.

The extensive menu features an array of burgers, sandwiches, soups and salads as well as hearty entrées. For a quick bite, try the chowder fries, French fries topped with clam chowder and melted cheddar cheese, or feast on chicken wings ranging in flavor from Buffalo and teriyaki to Carribean and Asian sweet-chili. Weekly specials include Fried Chicken Mondays, 20 percent off with the Island Card Club on Tuesdays, Corned Beef Night on Wednesdays, 30 percent off Thursday with The Times ad, and Prime Rib Night on Fridays. Call The Wharf at 508-627-9966. 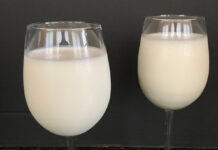