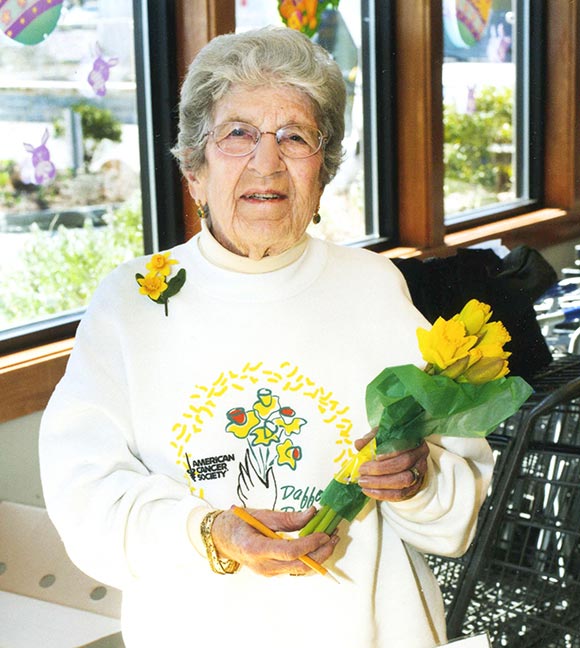 A part of Dorothy’s life was counting her joys and her blessings, and she considered herself to have had many. She always considered the earlier part of her life in Malden and then in Milton with her father, Capt. Charles B. Kenney, her mother, Elvah Thomas Kenney, and her two brothers, Ralph and Francis Kenney, to be a very important part of her life as far as establishing her faith and her values.

Her first big blessing after that was the fact that while graduating from Boston University in 1946 she was asked to come to Martha’s Vineyard as the vocal music supervisor for the Island public schools. She loved Martha’s Vineyard and its people and often referred to it as “My Island.”

Her next great joy was meeting and marrying Stuart A. Bangs and together having their three sons, Paul, Jay, and Dana. To her, these four were the greatest blessings of her life. Stuart was the son of Paul B. Bangs and Adelaide Downs Bangs of Vineyard Haven.

She loved her teaching, her students, her church, her friends, her bridge, her sing-a-longs at Windemere and the Senior Center, and opportunities to help others. She cherished the relationship she continued to have with many of her former students and was ever grateful for their many kindnesses to her throughout the years.

If memorials are desired, Dorothy had suggested The First Baptist Church of Vineyard Haven, Box 806, Vineyard Haven, MA 02568, or a choice of one’s own. A memorial service is being planned for a later date and time to be announced.

Arrangements are under the care of the Chapman, Cole & Gleason Funeral Home, Oak Bluffs. Please visit www.ccgfuneralhome.com for an online register book and further information.