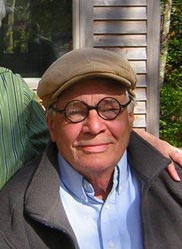 Jim was born on March 17, 1931 in Forest City, N.C., to David and Mary Alice Earley. He attended the University of South Carolina and was a member of Sigma Phi Epsilon and Kappa Pi. He took a leave of absence from college in 1953 to enlist in the U.S. Army and was stationed at Fort Devens. After receiving an honorable discharge in 1956, he returned to USC and graduated in 1958 with a BA in Fine Arts. Jim returned to Fort Devens to teach arts and crafts, beginning a long civilian career with the U.S. Army.

Jim taught arts and crafts on army bases in Germany, Washington, D.C., and Vietnam before settling in Southwest, D.C., to manage the arts and crafts center at Fort McNair, subsequently serving as Chief of Community Recreation for the Military District of Washington.

Jim was a skilled artist. In pursuit of his interests in pottery, weaving, and photography, he was a guest student at the State School for Arts and Crafts in Stockholm, Sweden, attended the Leica School in Wetzlar, Germany, studied pottery at the Corcoran School of Art, obtained a patent for a frame loom of his own design, and participated in many workshops conducted by contemporary American craftsmen. Jim was also a dedicated gardener. In addition to maintaining his own garden, he was an active member of two community gardens in D.C. as well as the Community Solar Greenhouse (COMSOG) in Oak Bluffs and a volunteer at the Polly Hill Arboretum in West Tisbury.

In 1973, he met Carole Gerber at a planning meeting for the Southwest Arts Festival. Carole, already a veteran volunteer, wondered just what this Jim Early had to offer the festival planning committee. She found herself impressed and soon told her sister that she had met her future husband. After a committee meeting, Jim gave Carole a ride to the post office and asked her on a date for January 20. On the day of their date, a neighbor offered him a ticket to an Inaugural Ball, but since he did not care for President Nixon, he replied, “Thank you, but I have a date with a young lady this evening.” After a whirlwind courtship, Jim and Carole married on Friday, April 13, 1973, and went on to prove that Friday the Thirteenth is a very lucky day indeed.

Jim and Carole raised their two daughters, Elizabeth and Mary, in Washington, D.C. Jim instilled his daughters with a love of art, gardening, and wine. After retiring from government service in 1994, Jim volunteered at the National Gallery of Art Library and tended two community gardens. In 1999, Jim and Carole built a house in Vineyard Haven and eventually moved to the Island full time. Jim spent most of his time tending to “the biggest garden [he] ever had.” When he was not digging in the dirt, he could often be found on the porch with a glass of chardonnay, admiring his flowers, and chatting with friends.

Jim died in his home, surrounded by loved ones. He is survived by his wife, Carole Early (neé Gerber), of Vineyard Haven, his daughters Elizabeth Early and Mary Early, both of Washington, D.C., his brother Jerry Earley of Forest City, N.C., and numerous nieces and nephews. He was preceded in death by his brothers Jack Early and Jeff Earley and his sister Mary Nell Ray.

Visiting hours will be on Monday, July 15, from 4 to 6 pm at Chapman, Cole & Gleason Funeral Home in Oak Bluffs. The funeral mass will be celebrated in St. Augustine’s Church in Vineyard Haven on Tuesday, July 16 at 11 am with the burial to follow.

In lieu of flowers, please make a donation to Hope Hospice, PO Box 4188, Vineyard Haven, MA 02568; http://hopehealthco.org/giving or plant something in your garden in his memory. Please visit www.ccgfuneralhome.com to sign the online guest book and information.