Jeanne and Hugh Taylor opened the Outermost Inn as a seven-room Inn in March of 1989 and soon opened a restaurant to feed the guests. “Holy shamoly! Has it been that long? I haven’t even thought about it,” said Mr. Taylor, brother of musicians James, Livingston, Kate, and the late Alex Taylor, when asked whether there would be an anniversary celebration.

In 1971, the Taylors built the house that is now the Inn on family land near the westernmost point of Martha’s Vineyard, right near the Gay Head Cliffs, in the town of Gay Head, now of course known as Aquinnah.

The Taylors restructured the house in 1988 to create a bright, clean and airy seven room Inn. The Outermost has a large covered porch overlooking a north facing view of land and sea. All the rooms feature great views and private baths. The restaurant boasts fine dining and patrons sometimes make reservations months in advance. Chef Jason Borajkiewicz returns for the summer.

Mr. Taylor talked about the Inn with the Times from the Bahamas, where he and Jeanne spent the winter recovering from last summer.

How’d you get your start?

Originally we only had the notion to open an Inn. The restaurant part came quickly after we opened.

Back in the 60’s Jeanne and I were asked by Clarissa Allen’s mother to open the Chilmark Store, which hadn’t been open for almost fifteen years. It had been run by her uncle.

People were asking us all the time, “Where can we stay up-Island?” And there weren’t many places to stay. So we thought it might be a fun idea to have an Inn up here. About fifteen years later we decided that it was a pretty good idea. Jeanne had come up with the name ‘Outermost Inn’ in the early seventies as a play on words from the book “The Outermost House,” for obvious reasons, being out on the end of the Island.

Our first guests were in early March, 1989 and we quickly found out we needed to feed those people. There was nothing going on out here for meals at that time, particularly that time of the year, so we started feeding our own guests. Very, very quickly we realized we couldn’t sustain a kitchen and a staff without inviting other people from the neighborhood to the restaurant.

Barbara Fenner, now a co-owner with her brother Frank and sister-in-law Merrily Fenner of the Menemsha Galley was our chef for almost eight years. She had just come off the head chef job at the Harborside Restaurant in Edgartown and had cooked for the CIA before that.

We were really sad to see Barbara go but she took the opportunity to get into the Galley with her brother. She set a benchmark we had to maintain. We keep chefs for about four years on average before they go on to other business opportunities.

Over the years the menu and the service has changed. The bar goes up every year and things get a little better. Fine dining is not a static thing. It’s ever moving, pushing the bar up and we try to stay at the leading edge of that.

The restaurant is now an important part of our business for the main two summer months. It takes a substantial part of the touring public to come to the Island to push people all the way up here and they come in the summer.

“It’s an intense business seven months on, 24-7. It’s almost a necessity for us to spend time away from it in the winter.

What are you the most proud of?

I suppose developing the concept and moving ahead to completion and realizing it is actually working and providing service, employing neighbors and friends, making memorable experiences for the people who to travel to us and making a living to boot.

What changes do you plan for this year?

We are toying with the idea of a wood fired Argentine style grill. Maybe a little outside afternoon food and music for Inn guests and whoever straggles in from the community.

What is the most fun part of your business?

Fixing toilets. No. I gotta say happy customers. They really can be a lot of fun. Hell, they’re on vacation. It’s their job to be fun and have it.

What’s the funniest thing that has happened at the Inn?

In hindsight, not at the time, a guest mistaking the upstairs linen closet for the bathroom. Complete with incriminating footprints. Or the time a woman asked me to set up a video cassette for her and after much frustration, the picture came up and it was an X-rated movie in full X.

A maid of honor’s chiffon dress caught fire. Our shucker rolled around on the floor with her trying to put her out with 50 wedding guests shaking and spewing champagne on the frothing twosome as they rolled about. That was memorable.

I’m too old for long term. I buy ripe bananas and used shoes.

The Outermost restaurant opens for dinner Friday, May, 23. Three nights the first weekend and adds a day a week until they reach their normal six nights per week, closing on Monday nights. The restaurant doors open at 5:00 pm for sittings at 6:00,6:30,7,7:30 & 8 pm all summer. The Inn opens on May 21 and remains open through Columbus Day weekend. Reservations can be made by calling 508-645-3511. Their website is www.outermostinn.com. Mr. Taylor also owns the bike ferry that transports bikes and their riders between Menemsha and Lobsterville. 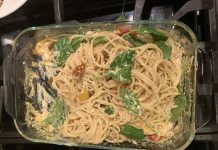