As of Thursday, June 26, the newly designed town flags of West Tisbury, Aquinnah, and Edgartown hang proudly at the State House in Boston. This June marked the 20th anniversary of the State House’s flag program, which allows the banners of nearly all towns across the Commonwealth to fly in the prestigious Great Hall of Flags.

The seven Island residents also witnessed the minimum wage bill signing ceremony in the Nurses Hall after presenting the flags, which now stand among over 350 other town flags, including those of Oak Bluffs and Tisbury. 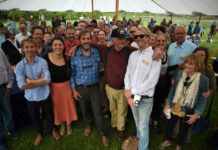 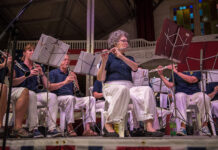