The Snaps scored three runs in the bottom of the sixth inning and held on for a 4-3 win over the previously unbeaten defending champion Mama’s Girls in Martha’s Vineyard Women’s Softball League play Tuesday night at Veterans Park.

With the game tied at 1-1 in the bottom of the sixth inning, the Snaps led off with a Kaylea Moore single and two walks to load the bases. Crystal Roy drew another walk to score Ms. Moore. Becky Catron followed with a pop-up to second, but Dylan Spencer Kenney, pinch-running for Snaps pitcher Sue Stephenson, bolted for home and slid under Hayley Panek’s tag to make the score 3-1. Ryann Gold then ripped the ball into left field, scoring Mary Beth Meehan. Crystal Roy tried to add another run, but Panek applied the sure tag at the plate before firing the ball to third, but too late to stop Ms. Gold from recording a triple.

In the top half of the seventh, Jenna Zechner blasted a two-run homer to left, slicing the deficit to one, but the Snaps held on for the win.

Despite the loss, the Mama’s (9-1) clinched the top seed and a bye in the double-elimination playoff tournament, which begins Tuesday night at Veterans Park.

While the Snaps were defeating the Mama’s on Field A, the Honeys downed the Shady Ladies 14-4 on Field B. The Shadies got off to a hot start, posting a 3-0 lead after one, but the Honeys roared back with five runs in the third, and dominated the rest of the way.

Birthday girl Darcie Lee Hanaway reached base all five times for the Honeys, recording two singles, three walks, and an RBI. Amy Maciel was 2 for 2 with an RBI, while Sarah Wennes and Martha Scheffer reached base three times, scoring two runs apiece.

For the Shadies, Sue Sanford knocked in two runs in the first and scored on a Harriet Broun double in the fourth.

In the final game of the evening, the Creamers overturned a 7-5 fourth-inning deficit and downed the Rug Sox 21-8 in five innings. Zoe Nugent went 3 for 3 for the Creamers, hitting a home run to go with two singles. Veronika Buckely and Lindsay Russo each were 4 for 4. Ivry Russillo, Emily Anderson, and Melanie Dickson all hit three singles. Kris Henriksen homered for the Sox, while all three Clark sisters excelled at the plate. Kathryn was 3 for 3 with a pair of doubles, Virginia chalked up a hat trick of singles, and Elizabeth singled twice.

The regular season ends July 23 with a pair of makeup games as the Snaps meet the Honeys at the West Tisbury School and the Creamers take on the Shady Ladies at Veterans Park. Both games start at 6:35 pm. 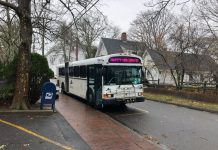