The Martha’s Vineyard Regional High School boys varsity soccer team lost to Norton 2-0 in the semifinal round of the MIAA South Division III state tournament in Brockton on Wednesday afternoon, ending their shot at the state championship.

Norton was the top-seeded team in the league, with a regular-season record only one tie away from perfect.

“It’s not a happy moment, but they played strong, they played 100 percent, and we got beat by a better team, that’s it. So, no regrets, it is what it is,” Coach Esteban Aranzabe told The Times by telephone following the game. “I’m very proud of the team.”

Coach Aranzabe said the Vineyard team is young, having lost 14 seniors last year, but rose to the challenge over the season and excelled.

The game was a standoff in the first half. Neither team could score in the wind and rain. Norton made its first goal 20 minutes into the second half, and got another ball past the Vineyard defense with eight minutes remaining in the game.

The loss came after an electrifying run through a tournament where the boys totaled eight goals over their first two games without letting in a single opposing shot.

On Friday, on their home turf at the high school, they beat 12th-seeded Seekonk 6-0 in the first round of tournament play. On Sunday, they moved on to beat fourth-seeded Scituate 2-0 in the quarterfinal.

The team’s 12-3-2 regular-season record showed that they are more than able to hold their own on the pitch. 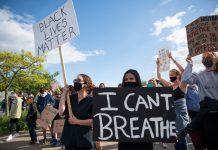