In his just-released book, “Sticks and Stones: The Designs of Lew French,” Island stoneworker Lew French, 58, offers us stunning new perspectives about the artistic possibilities offered by stone, the simplest material known to man.

Mr. French has spent 40 years working with stone to create arresting indoor and outdoor stone tableaux, fireplaces, and sculpture that have made him internationally famous. He has extended the reach of his vision over the past decade to create and uncover large tracts of outdoor environments.

In this book, Mr. French shows us the artful possibilities of combining well-worn wood in his stone pieces.

This is Mr. French’s second book about his work. The first, “Stone by Design,” was a best seller and a chart topper in its genre, with an estimated 35,000 copies sold. Island photographer Alison Shaw collaborated with Mr. French for “Sticks and Stones” as she did for his first book, published 11 years ago.

Mr. French and Ms. Shaw will sign the new edition at an event sponsored by Bunch of Grapes Bookstore from 2 to 5 pm on Saturday, Sept. 3. The event will be held at the new Agricultural Hall in West Tisbury.

The power of Mr. French’s work is its ability to overtake the viewer, that is to say, to stop you in your intellectual and spiritual tracks.

“How is this possible?” one asks, viewing a fireplace design that combines a massive granite mantel with stones the size of your thumb just inches away, creating a seamless, evocative message transmitted by hundreds or thousands of stones. The simplest answer is that the man has a rare talent for it, and the passion to see where the harmony of dry-stacking stone will take him.

Mr. French says the inclusion of well-worn wooden beams and driftwood in his work is a bit of an evolution. “I feel freer, more flexible using wood in my work,” he said in an interview with The Times last week.

“Work” is the operative word for Lew French. He does not regard himself as an artist. “I was raised in a farming community in southeastern Minnesota [Zumbrota, then pop.: 900], and worked with carpenters and masons who taught me how to work, and the value of work. I am a worker,” he said.

Nor does Mr. French regard himself as Zumbrota’s brightest star: “No, no. That would be Gus Bradley, the coach of the Jacksonville Jaguars. The Bradleys are a good family,” he said.

The art of working seems to be a Zumbrota specialty. Mr. Bradley’s curriculum vitae describes a football player at an obscure high school who played at Division 2 North Dakota State, then worked at coaching until he found himself one of 30 head coaches in the elite pro ranks. It’s not unlike Mr. French’s career.

The evolution in the scope of Mr. French’s work is detailed in two projects featured in “Sticks and Stones.” The first is on a farm he and his wife Claudia purchased in the mountainous outback of her native Brazil.

That 12-year project included this work: “Prior to starting the construction of the new house, I spent my time exploring the rainforest, landscaping paths to our little house, cleaning accesses to waterfalls and stone bluffs, uncovering outcroppings, and exploring the jungle,” Mr. French writes. “The realization of how nature ties all its elements together in seamless harmony started to have a huge impact on the way I viewed my design.”

Mr. French used the same approach on a five-acre project on a mountaintop in the Adirondacks of New York. “Essentially I needed to roll back the years and restore the mountaintop to something more grand and dramatic,” he writes. That work uncovered stone outcroppings and bedrock hidden under long-ago generations of dirt and vegetation, the land occupied by James Fenimore Cooper’s Leatherstocking characters.

Closer to home, a third project at Middle Road Farm in Chilmark was a great teacher. Mr. French recounts a torrential downpour on the almost-completed design of a large outdoor space: “I was in a panic, soaked to the bone, rushing around in the Bobcat, shoring up berms, making temporary dams, diverting water …. [until] I finally understood that it was a blessing, that I could see the problem spots and have solutions to fix them.”

We have been taught that someone is “deaf as a stone” or “dumb as a rock.” Mr. French’s works suggest that we have been misinformed.

We spent some time with Mr. French talking about his work and his gift. He is a resolute man, balanced in the principles of his life. He is open and passionate about his values. He is not a social butterfly, not one to work a room. He is a worker.

In my senior year, my high school added a vocational-tech course in construction. We built a house. After graduation, and it’s still a mystery to me that I did graduate, I started a construction business. Four master builders worked for me. I was their boss but their student. I will always remember Leonard Lundgren, who was 74, smoked a pipe while he worked, and always outproduced me. He had no wasted motion, completely efficient. More like a meditative dance. I studied him. His example was a flashpoint for me: To produce work, you have to know how to work, to think ahead, to work efficiently. Stonework is different work, it is slow. So that was a good lesson.

Your preference is to use unaltered stone. What are the benefits and liabilities of that?

That’s the overriding principle for me. The power of nature is in whatever it is, the lay of the land. My style evolved. The biggest thing for me is to remove myself from the work and let it be as natural and balanced as possible. In the short and long run, leaving stone natural is the most powerful visual thing I can do.

I handpick my stone, mostly in Maine and New Hampshire, because they resonate. The abiding principles are style, balance, and form. That’s where the energy is. The drawbacks are the amount of time and the number of choices involved.

Seeing the entire environment, indoor or outdoor, is a recurrent theme in your book. Do you see the finished work before you begin? Do the materials take over design at any point? Do you change your mind?

It works a lot of ways, could be any one of those. The important thing is to spend time in the environment. The other critical thing is to make clients look at my work. It’s not going to be exactly the same as we discussed. I want to know my clients: who they are, how they live, what they value.

How do you relate your observation of a physical space to your design for it, such as in Brazil and the Adirondacks? Do you see the space underneath the clutter, or do you clear it and see what you find?

It goes back to thinking beforehand about all of the scenarios, as Leonard Lundgren did. Then if I’m comfortable in the space, I feel happy. That doesn’t mean there aren’t problems, but that’s what I feel. I’m an onsite designer; sketches aren’t enough. So I want clients to be involved, to see my work over 40 years. I don’t want misunderstanding. This is what I do, and it requires trust, and [client involvement] leads to trust.

How old are stones?

I’m no geologist, but some stones are about a billion years old.

Objects in our culture are largely plasticized, designed to be thrown away. Does the permanence of stone and old wood resonate more to people today?

Yeah; I think that nature is so powerful. We have to present nature. We are generally presented with plastic, so natural work resonates more.

We regard stone as immutable, unchanging, yet your design goal is to present infinitely mutable perspectives. Does resolving this contradiction add to your success as an artist and builder?

I think if my pieces are successful, the stone is presented in a different way, subtly or not subtly, in a good way, not charming or wacky. It affects your spirit.

Most of my work is private, though I’ve done more pieces for the Granary Gallery. I’d like to do more public projects. 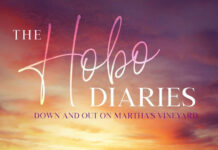