This past Monday, I covered the annual fundraiser for Hospice of Martha’s Vineyard at Farm Neck. The event is called the “Summer Soirée,” and has raised a fifth of their annual budget for over 25 years. It was a sellout, with over 325 in attendance. The evening began with some introductory remarks by executive director Tom Hallahan, and continued with a moving testimonial by John Abrams, who lost his wife, Chris, over the winter. Then comedian Lenny Clarke ran the show. Special thanks go to Jaime Hamlin for the catering, with the food donated by Cronig’s, Morning Glory Farm, Net Result, and Larsen’s. Drinks were gifted by Our Market and Your Market. The auction consisted of 50 silent items and 11 live items. The top offering, worth $10,000, was the “golden ticket” item, tickets to Elton John’s concert at TD Garden, which included a room at the Charles Hotel in Cambridge and free transportation for four. 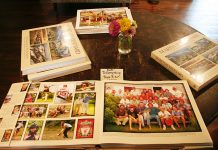 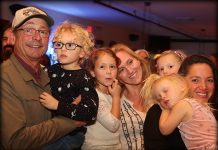 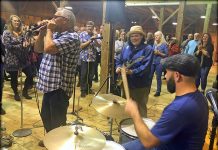 Bash for the Barn Raisers