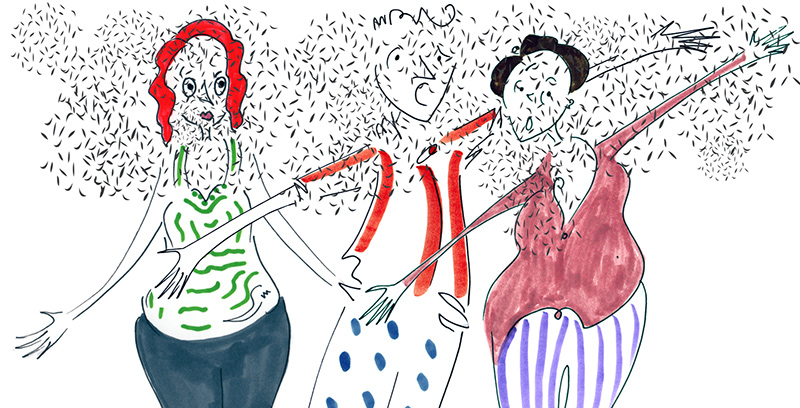 I am a seasonal resident who has had it with the entitled attitudes of the ever-so-holy year-rounders who tend to treat us like an invasion of fruit flies when, in fact, this is as much our place as their place. I’d like to add, we seasonals help keep the economy running, help pay for their schools and roads and the snow removal for the snow we will never see. Instead of complaining about how our presence takes such a toll on their well-being, why don’t the year-rounders who whine — yes, probably while we dine — get over it and try to enjoy the summer? This is, after all, quite a nice place to be, even when it’s busier than in February.

OK, calm down, you’re not doing yourself any favors. You’ve made a couple of distinct claims here, so I’ll respond to each in turn, before making the entirely predictable point that if you don’t like the hostile us/them mentality of the year-rounders, why are you mirroring it?

But I’m getting ahead of myself. Back to your comments.

“This is as much our place as their place.”

That depends on your definition of “place.”

If your definition is limited to “real estate on which either rent or mortgage/insurance/taxes is paid,” and/or “public space that is open to all” then your definition of “place” is so out of whack with the year-round sensibility that this might be a lost cause.

To an Islander, Vineyard-as-place is for workaday lives. Where children go to school and dogs get taken to the vet and great-aunts languish down the road in that assisted-living place that maybe the kid voted Most Likely to Succeed in high school is the contractor on. Place — if you live here year-round — is more than just a physical thing, it’s a way of being and relating to one another. It requires a set of life skills that you can only learn by wintering here over time — when to be thick-skinned and when to be vulnerable; when to rely on humor and when on tact; when to be an activist and when a mediator. Such is the Vineyard-as-place in the off-season.

Then, for a few months, all the rules change. The physical state of the place doesn’t change much (it just gets prettier, warmer, and more crowded) but all the rest of it … wow! We aren’t just sharing the physical space with you, we’re interrupting our own way of being. That’s disorienting. What strikes you as a sense of entitlement is really just us all saying, “Holy cow, are we feeling disoriented here!” in various colorful ways.

So: Is it indeed your place as much as “theirs”? Apparently only the physical part of it. You are not aware of all the rest of it.

(Paraphrased) “We seasonals pay for services you need that we don’t use” — etc. Well, yes. If you own property, that’s true. But if the road did not get plowed in winter, you would not like driving on it much when summer came, the state it’d be in. If the schools were crappy, families would flee. Part of what works for you about this place is the community. That community continues its communitizing through the long winters. That requires plowed roads and decent schools. Our winters would be harder without your tax dollars, but your summers would be much harder without our presence. In the bigger picture, you get value out of everything you pay for, even if you don’t use those services directly.

“Why don’t the (all-holy entitled) year-rounders get over it and try to enjoy the summer?”

If you don’t like the hostile us/them mentality you feel from year-rounders, why are you mirroring it in your question? That’s like saying “Why do those jerks insist on referring to us as jerks?”

Finally: They’re Yankees. Just because they’re grouchy doesn’t mean they’re not enjoying themselves. Let them enjoy the Vineyard summer their way, and you enjoy it yours.

Bemused readers ask bestselling novelist and Shakespeare for the Masses co-creator Nicole Galland for her take on navigating the precarious social landscape that comes with living on the Vineyard. Her most recent novel, “On the Same Page,” is set on the Island in winter and concerns itself with Island newspapers. Trying to untangle a messy Island ethics or etiquette question? Send it to onIsland@mvtimes.com.