Diogo Goncalves scored twice for the Martha’s Vineyard Regional High School (MVRHS) for the win. The Purple entered the fray at 6-8-3 overall, qualifying for the tourney as Cape & Island League (6-3-3) champs. Their record and 17th ranking belied a season in which they played D2 teams, including a D1 team, in nonleague contests.

The Purple went ahead early when Goncalves converted a nice feed from Emmanuel Da Silva in front with a 10-yard laser past Collin Tenreiro, the Warriors’ acrobatic goalie. It stood 1-0 at halftime, and MV Coach John Walsh was optimistic.

“I like where we are. We started strong, and lost momentum a little late [in the first half]. We should be all right if we get it back,” he said. He wouldn’t like the early second half going, as a very physical and chippy Warriors squad set up to the right of the Vineyarders net and Warrior Collin Peterson somehow worked a terrible angle shot past Hiaggo Goncalves, who challenged him, and the shot rolled just inside the post with only 3:30 played, tying it 1-1.

Seekonk dominated play in the second half, sending outside shots looking for a header in front. They found some, and Goncalves made a couple of superb stops to keep the tie going until the Vineyarders found their mojo.

The Vineyard had a goal waved off at 18:27 to play, but kept at it, and Goncalves, cool as could be, settled a loose ball 15 yards in front, deked a defender and the goalie while closing in until he could roll it in from five yards out.

That was it, though both teams had great chances that goalies and fate denied. Now the Purple at 7-8-3 face undefeated and first-seed Norwell on Tuesday at 3:45 pm in Norwell.

Walsh was upbeat after the game: “We’ve played the big boys all year, and played well. We know what to expect, but we’ll certainly need a complete 80 minutes on Tuesday.”

Nate Walsh, 9, standing with his dad on the sidelines all game, thoughtfully noted, “This is stressful.” 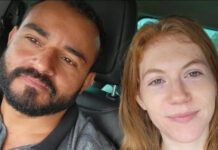