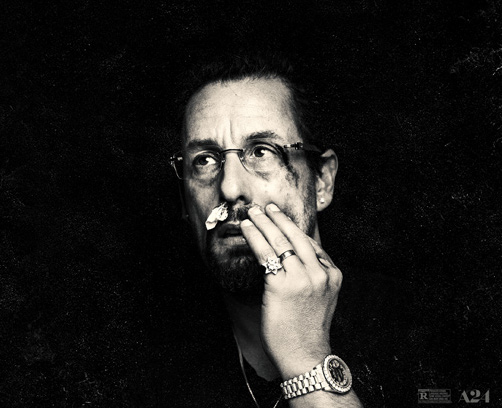 “Uncut Gems” finishes its run at the MV Film Center this weekend. Adam Sandler plays Howard Ratner in what some critics call an Oscar-worthy performance. Viewers will find the low-life jeweler a particularly obnoxious character. That is the point for directors Josh and Benny Saftie, also responsible for “Good Times,” another low-life criminal flick. In addition to his many comedies, Sandler is known for other more serious roles in “Punch-Drunk Love” (2002) and “The Meyerwitz Stories” (2017).

“Uncut Gems” starts in Ethiopia, where gem miners are on strike, except for two who sneak inside a tunnel where they find an opal-encrusted rock. The film shifts to images of a colonoscopy undergone by Ratner. The next scene takes place in Ratner’s New York jewelry shop in the diamond industry district. The era is 2012.

Much to Ratner’s delight, the opal-encrusted uncut gem arrives in the jewelry shop hidden inside a dead fish, and he plans to auction it for up to $1 million. Celtics star Kevin Garnett, playing himself, shows up at the shop and asks Ratner to lend him the opal gem as a good-luck charm that will help him win the NBA Eastern Conference Finals. Since Ratner, who is a serious gambling junkie, has bet on the game, he agrees to the loan.

The catch is that Garnett, who has lent Ratner his NBA championship ring in exchange for the gem, doesn’t return it. Ratner has already pawned Garnett’s ring for the money to place on another bet. And as he chases after the gem, this jeweler, who has significant gambling bets to his loan-shark brother-in-law (Eric Bogosian) among others, finds himself besieged by the thugs to whom he owes money.

Ratner’s wife Dinah, played by the well-known actress, singer, and songwriter Idina Menzel, has nothing good to say about her soon-to-be ex-husband. His three kids are not too fond of him either, although the directors do show the jeweler making half-hearted attempts to be a good dad. In the meantime, Ratner is busy romancing his mistress Julia, played by actress Julia Fox.

At one point when the gangsters catch up with him, Ratner gets beaten up, stripped naked and packed into the trunk of a car. That scene is only one among a series of unpleasant incidents that the jeweler suffers through.

If the non-stop foul language, unrelenting loud noise, and Ratner’s offensive behavior don’t keep the viewer from walking out on the non-stop unpleasantry of “Uncut Gems,” Adam Sandler will make the film worth sitting through. 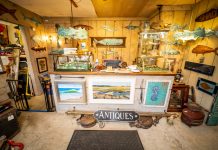 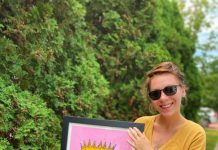 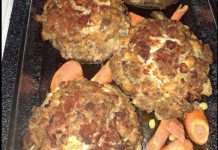