Every May during Evening of the Arts, tucked away behind the photography and art exhibits, in the homey setting of room 407, musicians get the chance to showcase their skills in the supportive environment of the Performing Arts Coffeehouse. This year, the coffeehouse has taken the form of weekly Zoom performances, where any student is invited to perform a musical piece of their choice for their classmates, teachers, and peers from the comfort of their home.

Led by theater teacher Brooke Ditchfield, seniors Violet Cabot, Anne Culbert, and Amelia Simmons created the virtual coffeehouse, which takes place every Friday afternoon. Since Ditchfield’s theater class traditionally does a cabaret show in place of a final exam, the idea actually serves to combine the Evening of the Arts Coffeehouse and Cabaret via Zoom, so three to five students per week can share their music skills with their peers and local community.

Ditchfield was pleased with the turnout for the first two Zoom events. “For the first show, we had about 25 people in attendance. This last week we had 35 or so,” she said. “I hope more and more people join as we keep it up week after week.”

In each meeting, Amelia and Anne are the hosts, and in between the performances, they read quotes and poems, tell stories, and introduce the performers.

Behind the scenes, Violet is busy letting people into the Zoom call, turning people’s microphones on and off, and helping people access the meetings. She acts as the stage manager, and says she loves listening to what her classmates create. “I like the casual setting that the coffeehouse provides,” Violet said. “People Zoom from their cars, living rooms, and bedrooms. It’s just a bunch of people gathered to share art.”

In addition to hosting, Anne also performed last week. She played “Summertime,” by George Gershwin, on alto saxophone. “It was a lot of fun,” she said, “and it gave me more motivation to continue focusing on music. In general, performing [remotely] was very low-pressure for me, and it was great.”

Current students, teachers, family members, and Island music lovers have been in attendance. School alumnus and former music department student Dougie Norton attended last week’s meeting. He said, “I loved the variety of it. I didn’t know what it was going to be like. I was half expecting something like what the musical theater class cabaret was, which was kids singing to a karaoke track. But it was awesome to see Anne play her saxophone and to see Ruby [Suman] and Jack [Crawford] play the piano and sing. [The two performed “You Know I’m No Good” by Amy Winehouse and “My Life” by Billy Joel.] [Seeing different types of performances] was a nice added layer.”

Many in the audience were grateful for the opportunity to experience live, if not in-person, music during the COVID-19 quarantine. Violet said, “I think providing a space that can act as a getaway from all of the depressing news and the reality of our current situation is super-important for people’s emotional health. Music and theater have always acted as an outlet for people during hard times, and I think the pandemic is no different.”

Brooke agreed. She said, “Music is such an accessible way of speaking that universal language, or feeling something together. It’s a comfort. It’s a connection. It’s joy and empathy and exhilaration, and it reminds us that we are human.”

Anyone interested in attending can email Violet at 20cabotv@mvrhs.org for the link. 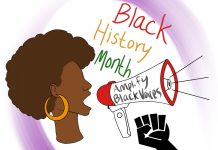 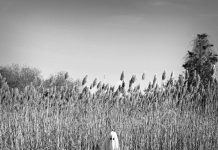 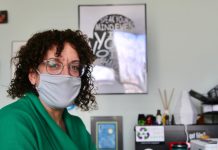 ‘On Island’ explores substance use and recovery