The Oak Bluffs Public Library recently announced in a press release that the fifth annual Sankofa Festival of African American Literature and Culture will take place on Friday, August 7, at 10 am. This year’s event is entirely virtual, and will be broadcast live on Zoom, and simulcast on the Oak Bluffs library Facebook page.

Friday’s event will be a roundtable discussion on the topic “The Resonance of Africa in African-American Culture.” The event will feature a special guest, His Majesty King Alexandre Tatabong of Lenale Ndem Kingdom in Cameroon, Africa. Also included on the discussion panel are Dr. Sylvie Djousse, Eric Garvin, and Kevin Thompson of Cross World Africa, and activist Caroline Hunter. The discussion will be moderated by James Jennings.

In 2016, the Oak Bluffs Public Library celebrated the first week of August with an African American Literature and Culture Festival in honor of the “Oak Bluffs: Power of Place” permanent exhibit in the the Smithsonian’s National Museum of African American History and Culture in Washington, D.C. Now an annual tradition, the celebration — now called the Sankofa Festival — is an important part of the library’s commitment to diversity and inclusion, which helped Oak Bluffs stand out as a historic place of belonging for African Americans. Support is provided by the Library Friends of Oak Bluffs as well as a grant from the Massachusetts Cultural Council. The Oak Bluffs Public Library is located at 56R School St. in Oak Bluffs 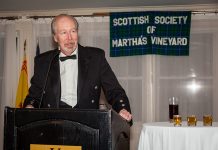 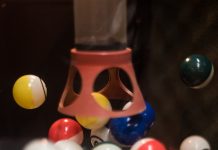 Vineyard bingo from the Chilmark library 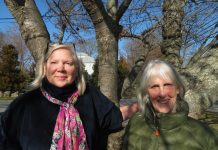