Joyce Lucille Rickson, age 82, departed peacefully at the Henrietta Brewer House on May 2, 2021, surrounded by a devoted staff. 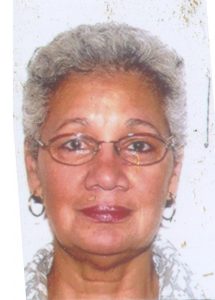 Joyce was born on July 27, 1939, to Bertram Melvin Jackson and Juanita Hazel Rose, and was sister to Bert, who passed away in 2019. Of him, Joyce would often say, “I have lost my best friend.”

Immediately following high school in 1957, she entered the Beth-Israel Hospital’s nursing school program,becoming an R.N. in 1960 and earning her master’s degree in nursing at Columbia University in New York three years later.

Joyce stayed in New York about 35 years, marrying twice, and had one child, while actively working to become an outstanding, skilled, and experienced nurse.

Joyce knew at a young age she wanted to live her retirement years on the Vineyard; she and her brother spent their summers in Oak Bluffs in their childhood.

Her wish came true when in 1997 she and her husband Alton Norwood moved into their beautiful new home in Vineyard Haven. In her 24 years on the Vineyard, and after Alton passed, years later, Joyce found love again, and married Fred Rickson, who died shortly after they were married. Joyce was nurse to both husbands at home, and was at their bedside when they departed. Joyce moved her mother from Boston to live with her, and two years later, when her mother went to live at Henrietta Brewer House, Joyce remained in her home until she moved into a one-level apartment at Havenside, in Vineyard Haven, in 2018, that had a big picture window where she would spend hours viewing the ocean, the bridge, and Steamship Authority boats going back and forth. She often expressed that her apartment was her “heaven on earth,” and how she appreciated her wonderful neighbors and the manager, Lucinda.

Joyce followed her heart and did all she wanted and desired to do in those 24 years, working for Windemere Nursing Home, Aides Alliance, Hospice, and the VNA, and serving on several boards of nonprofit organizations, the League of Women Voters, NAACP, and Women Empowered, and participated in fundraising events. She gave of herself 100 percent.

Joyce’s hobbies were exercise, singing, reading, and caring for others, doing her daily walks to town and back, playing tennis for 15 years at the Island Country Club in Oak Bluffs, singing in the Baptist church choir, and before that in the Spirituals choir, and humming Motown tunes! She also loved to dance, and took ballet classes with Marsha and Paula, with a lot of laughs and a fun time, and I was truly impressed at how fantastic Joyce was in the ballet class. Joyce made yearly donations to medical and civic organizations that we found out about when picking up her mail at the Post Office, kept doing that to the end. She was amazingly generous, which came as a real surprise, when she would often say how she was a careful spender and didn’t buy a lot!

Joyce was a dignified, very gentle, soft-spoken, kind, and compassionate person, which won her many friends and acquaintances, some believing that she was their “Angel on Earth.” All you had to do was mention her name, and the response would be “Oh, I know her, she is so nice,” or, “She is really a wonderful person.”

Joyce is survived by her loving and devoted son, Paul Norwood of New York; nephews and nieces and grandnieces and -nephews, cousins; and Joyce’s mother’s godchild and her two sons, all residing in Boston, on the Vineyard, in New Bedford, and in Michigan.

A memorial service is being arranged with immediate family attending, and hHer ashes will be laid to rest in the Oak Grove Cemetery, Parker Street, New Bedford.

Donations in her memory may be made to the First Baptist Church, 43 Spring St., Vineyard Haven, MA 02568.