Robert C. De Lisle of Edgartown passed away, with his family by his side, on Nov. 16, 2021, just a week before his 87th birthday. Robert shared his life in marriage and friendship with his wife of 59 years, Linda Gaffney De Lisle. 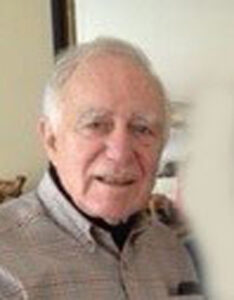 Robert, known as Bob by his many friends, was born in Fitchburg on Nov. 28, 1934. He was recognized to be an inspiring teacher and an enthusiastic student of life. During his high school years, he competed in speed-skating, winning medals at races throughout and beyond New England, in venues such as Saranac Lake and Lake Placid, all leading up to the U.S. Olympic team trials in St. Paul, Minn. After graduating from high school, he enlisted in the Air Force, and was engaged in the Tactical Air Command, ATSC, during the Korean War. During his college years, Bob spent weekends sailing and racing his beloved star sailboat the Galatea with friends, was a ski instructor, raced bicycles, and was always a driven and avid sportsman.

After receiving his degree, Bob taught history on a high school and college level for more than 25 years, during which he engaged his students in another love of his, chess, and started the Worcester County high school Chess League. Bob was always involved in new adventures — he founded and started a local woodworking business, culminating in his shop, De Lisle Woodcrafting, in Gardner. Bob was a gifted photographer, and built a commercial photography business shooting sports and events across the country. He was a carpenter, a talented wallpaper hanger, avidly read and collected books, a huge music fan, played the guitar, coached soccer, and built two houses for his family.

Retiring from teaching in 1988, he and his wife Linda moved year-round to Edgartown. The Island’s beautiful roads and paths got him back into riding, and led to him building a successful, awardwinning bicycle rental business, Wheel Happy. Bob loved meeting people from all around the world and sharing his love for biking on the Vineyard.

Bob’s zeal for mastering technique drew him to perfecting his skill at shooting skeet. He established himself as a champion skeet competitor, and became both an instructor at and president of the Martha’s Vineyard Rod & Gun Club. Here he certified, taught, and helped hundreds of people learn the strategy and skill he had mastered. He took pride in his work, grew the membership, and was instrumental in raising community interest, campaigning for capital and building the club’s new meetinghouse.

Bob was a Master Mason through the Charles W. Moore Lodge, and was honored at a dinner for 50 years of service at the Oriental–Martha’s Vineyard Lodge, where he was a member.

Anyone who knew him knew that Bob was a great friend and true renaissance man. His enthusiasm for life, his entertaining stories, sense of humor, generosity, and his positive attitude will be remembered by all who knew him. He cherished sharing the world with his wife Linda, whom he always said he would love forever. Without doubt, he will be greatly missed by all of us who knew him and loved him.

Robert was predeceased by his parents, Raymond and Desneiges De Lisle; and by his brother Richard De Lisle. He is survived by his wife, Linda, of Edgartown; his daughter, Nicole De Lisle Warshaw, of Westwood; and his son, Charles De Lisle of Mill Valley, Calif. He leaves three grandchildren who held a special place in his heart, Vanessa Warshaw, Logan Warshaw, and Chloe Warshaw. Robert also leaves his two younger sisters, Nancy Maynard and Elaine Membrino; as well as his godson, Keith Maynard.

A tribute and celebration of his life will be held in mid-May at the Martha’s Vineyard Rod & Gun Club in Edgartown. At his request, donations in his memory can be made to the Rod and Gun Club, P.O. Box 1799, Edgartown, MA 02539.