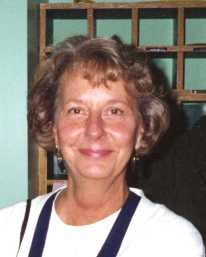 Betsy Boggess of Katama died Wednesday, September 21, 2011 at Martha’s Vineyard Hospital in Oak Bluffs. She was 74.

Betsy was born on January 1, 1937 in Oak Bluffs, the daughter of Frederick and Madeline (Thom) Rudolph. She grew up in Edgartown and attended Vineyard schools, graduating from high school in 1954.

On September 9, 1954, she enrolled in the School of Nursing at St Luke’s Hospital in New Bedford, graduating September 8, 1957. She completed her nursing practicum at Boston City Hospital and with the Visiting Nurses Association of New Bedford. In February 1958, she received her Massachusetts nursing license which she maintained along with licensure in Vermont and New Hampshire, until her retirement in 1996.

Over a 38-year career, Betsy touched many lives personally and professionally. As a new nurse she provided nursing care to the indigent in Boston’s South End as a visiting nurse. Her professional experience included: community outreach for multiple sclerosis patients, Supervising Nurse at the Austine School for the Deaf in Brattleboro, Vermont, a stint as a special education teacher’s aide and public health nursing through the Vermont Department of Public Health. The nursing that was closest to her heart and at which she excelled was providing support for first-time pregnant mothers, well-child clinics, post-partum care, support to high-risk families, and teaching parenting skills through age two. She worked very long hours under sometimes arduous conditions, but she always gave the best of herself professionally to those she served.

On June 22, 1963m Betsy Rudolph married William L. Boggess of Mendham, N.J. Upon her marriage, Betsy became an instant mother to Mr. Boggess’s four children. In October 1964 Betsy gave birth to a son, Robert. In February 1967, Betsy and her family moved to Vermont where they resided until 1988. During their residency in Vermont, Betsy and Bill cultivated and maintained many wonderful friendships that they maintained until Betsy’s death.

In June of 1996 following Bill’s retirement two years before, Betsy retired from nursing. They decided to move south a bit and said goodbye to Vermont’s lengthy, cold winters. Bill and Betsy had an opportunity to move to the Vineyard and they took it. Returning to the Vineyard was a coming home for Betsy. Many of her childhood friends were still living on the Island and she quickly re-established those friendships as well as starting new ones. Once settling into their cozy Cape in Edgartown, they immersed themselves in life on the Vineyard, beach time, exploring, community events, church, and enjoying their friends.

Those who know Betsy enjoyed her company, her sense of humor, her wonderful cooking and her beautiful handmade creations in needlepoint and knitting. Even retired, Betsy maintained a busy schedule: volunteering to check on shut-ins, cooking, helping out at the Council on Aging, working at the Black Dog Shop, traveling and always entertaining friends and family.

On July 4, 2009 Betsy lost Bill to a sudden illness. This was devastating to her, but through support from family, her wonderful friends, her spirituality and personal strength, she not only survived, but came back stronger.

At the time of her death, which was sudden, she was full of life and vigor and kept busy with her many friends, visits, lunches, shopping trips off Island as well as her prolific creativity in her quilting group.

Betsy Boggess was predeceased by her parents, Frederick and Madeline Rudolph, and her dear brother, Robert F. Rudolph (USMC). She is survived by her sister, Margaret Maccaferri, her nephews Don and Glenn Maccaferri, her step-children William L. Boggess Jr., Rebecca K. Boggess, Luke R. Boggess, Frederick T. Boggess, her son, Robert C. Boggess, and grandsons Patrick Rawls, Christopher Rawls and Patrick A. Boggess. She will be greatly and forever missed by her family and many friends.

A Mass of the Christian Burial was celebrated for Betsy on Saturday, September 24, at St. Andrews Episcopal Church, in Edgartown. The family requests that in lieu of flowers, those who wish to may make a donation to the Animal Shelter of Martha’s Vineyard mailed to the County of Dukes County, P.O. Box 190, Edgartown, MA 02539 and write Animal Shelter in the memo line or the charity of their choice.