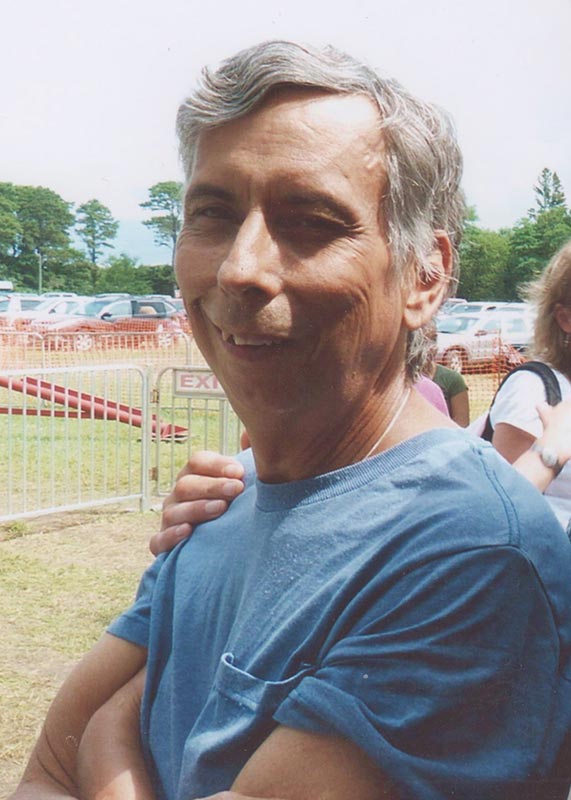 Mike was born and raised in Phoenix, Arizona. As a child, he was actively involved in the Boy Scouts of America, and retained a lifelong love of the outdoors.

Mike left home as a young man, exploring up and down the West Coast. He took jobs in Alaska, Wyoming, and Colorado. He was especially proud of his time working on oil rigs. He eventually settled on Martha’s Vineyard in the mid-1980s and started his own insulation business, M&M Enterprises.

Although he was considered a quiet man, Mike was never one to mince words and always enjoyed a good political discussion. He loved to hunt, garden, and took pleasure from the simple things in life, whether it was reading, history, westerns, listening to country music, strolling around at the Fair, or watching his beloved Patriots make it to the playoffs.

Following a major medical setback last spring, Mike decided to live the rest of his life to the fullest. His faith, family, and friends were his greatest treasures. He’ll be forever remembered for his humor, honesty, generosity and friendship.

Mike Moraga is survived by his father and stepmother, Flavio and Marta Moraga of Phoenix, his sister, Geraldine Carroll, and brother-in-law, Michael Carroll, his nephew, Joshua Carroll, and nieces Abigail and Hannah Carroll of Gaithersburg, Md., and by his son, Daniel Moraga, and daughter-in-law, Kelly Moraga, and three grandchildren, Charlie, Grace, and Dennis Moraga, of Falmouth.

Mike was predeceased by his mother, Caroline (Bailey) Moraga, his wife, Lynn Moraga, and his daughter, Evergreen Moraga.

In lieu of flowers, donations may be made in Mike’s honor to the Boy Scouts of America, the Oak Bluffs Fire Department, or the Wounded Warriors Project. A private service will be held at a date to be determined.